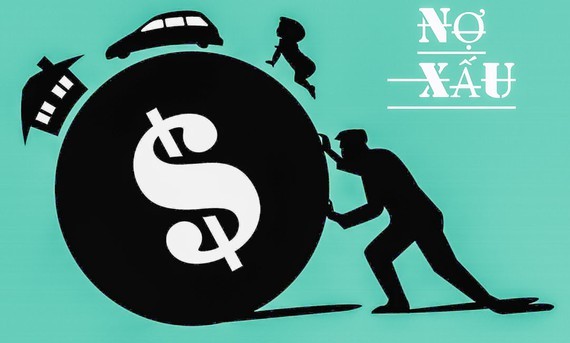 This is expected to get even more stressful when upcoming support packages need the continued participation of commercial banks.

Back to starting point

At a seminar held recently, titled "Handling bad debts during Covid-19 pandemic and legalizing Resolution 42", Mr. Nguyen Quoc Hung, General Secretary of Vietnam Banking Association (VNBA), said that by the end of August, credit institutions had handled about VND 1.300.000 bn of bad debts. The bad debts determined according to Resolution 42 were around VND 424,100 bn, of which the amount of VND 364,100 bn has been dealt with from 15 August 2017 until 31 August 2021.

The results have been very positive, but difficulties and problems still exist, affecting the progress of bad debt settlement of credit institutions, because bad debt is a continuing problem in the banking industry. In particular, during the Covid-19 pandemic, bad debts increased again substantially. The problem of bad debts and bad debt settlement is extremely important, as it can lead to serious situations in the banking system as well as the economy.

The aggregate data published at the seminar showed that compared to the second quarter, the bad debt coverage ratio in the third quarter had decreased sharply in many commercial banks. For example, at Techcombank, the decrease was from 259 percent  at the end of the second quarter to 185percent  in the third quarter. Similarly, at Vietcombank, it decreased from 352 percent  to 243 percent ; at TPBank from 145 percent  to 116 percent ; at ACB from 208 percent  to 198 percent ; and at VietinBank from 129 percent  to 119 percent . However, in general, the ratio NPLs are still high while the provisioning ratio do not correspond, reflecting the huge negative impact of the Covid-19 pandemic in the last two years.

Mr. Le Trung Kien, Deputy Director of the Department of Safety Policy in Bank Operations, Inspection, and Supervision Agency of the State Bank of Vietnam, said that the introduction of Resolution 42 has contributed greatly to bad debt settlements. Bad debts decreased from 1.99percent  at the end of 2017 to 1.91 percent  in 2018 and to 1.63 percent  in 2019. However, by 2020, they increased again to 1.69percent , and by the end of September they were at 1.9percent , same as at the beginning of 2017 before Resolution 42. This shows the strong impact of the Covid-19 pandemic on credit institutions.

From the perspective of banks, credit institutions are also facing many difficulties in handling bad debts, including problems related to the application of shortened procedures. One representative of VCB said that according to the provisions of the Civil Procedure Code 2015, during the preparation stage according to simplified procedures, if new circumstances appear, the involved parties cannot agree on what to do.

According to Ms. Nguyen Thi Thu Ha, Deputy Director of Department of Civil Judgment Execution under the Ministry of Justice, another reason was the outbreak of the Covid-19 pandemic causing the operations of civil judgment enforcement agencies to be interrupted. The operation at the establishment, verifying judgment execution conditions, and working directly with the affected parties, leading to debt settlements, was also affected. The coordination with banks was not effective either, leading to low debt recovery results for banks.

According to Mr. Nguyen Quoc Hung, the expiry of Resolution 42 by 15 August 2022 will put a lot of pressure on credit institutions in dealing with bad debts in the future. Mr. Hung recommends legalizing handling of bad debts to help the banking sector and relevant state agencies to tackle this problem more effectively.

Ms. Vu Ngoc Lan, Deputy Director of the Legal Department of the State Bank of Vietnam, said that following the direction of Mr. Le Minh Khai, Deputy Prime Minister, the State Bank of Vietnam has submitted a report to the Government on improving the law on bad debt handling in two ways. Option one proposes that the Government ask the National Assembly to develop a law on handling bad debts of credit institutions in the direction of inheriting the provisions on bad debt handling in Resolution 42, which is still relevant; and amending and supplementing a number of provisions in Resolution 42, which in practice over past time had encountered difficulties and obstacles.

Accordingly, the credit institutions will have the right to seize collateral for bad debts without an agreement on the recipient's consent for credit institutions to have the right to seize collateral under security; and excluding the provisions in cases where new circumstances appear in the preparation stage for the trial of the case according to summary procedures. In order to avoid a legal gap when Resolution 42 expires, the law on bad debt handling needs to be promulgated according to a shortened order and procedures at the National Assembly session in May 2022.

Option two proposes extending the validity of Resolution 42 for three years. During this time, the authorities will continue to study and propose a new law on handling bad debts to ensure stability of regulations. The report will be submitted to the National Assembly for permission to continue at the National Assembly session in May 2022. Ms. Lan said that currently the State Bank of Vietnam is awaiting an official direction from the Government and the National Assembly on the proposed contents.