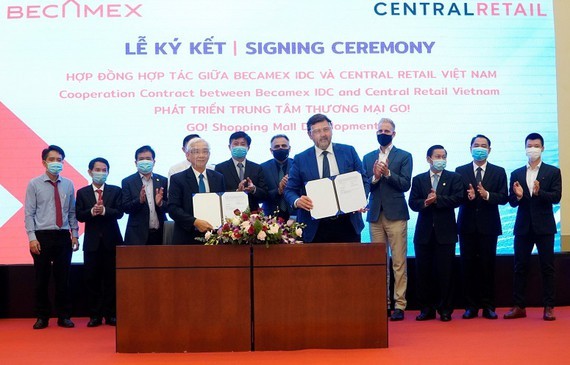 Becamex IDC and Central Retail Vietnam signed a contract about developing the Shopping Mall project “GO” yesterday at the Convention and Exhibition Center of Binh Duong Province.
The mall is expected to serve 300,000 people in the locality and surrounding area. 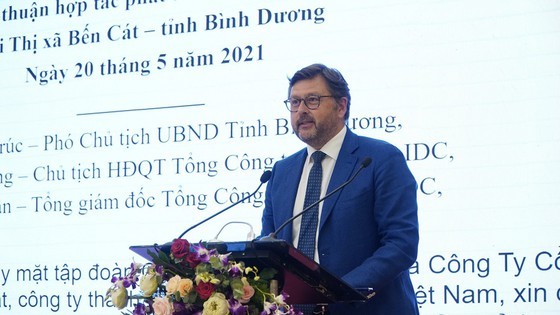