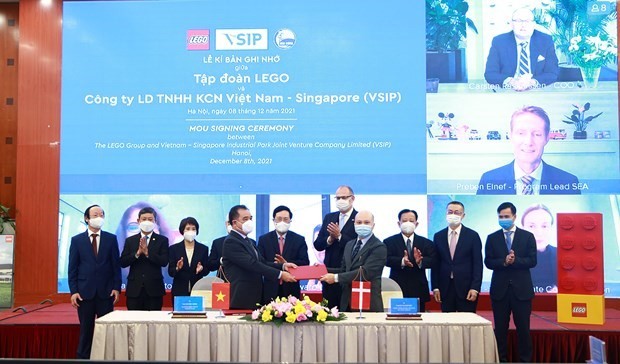 At the signing ceremony (Photo: Vietnam Governmental Portal)
Addressing the signing ceremony, Danish Ambassador to Vietnam Kim Højlund Christensen said this is the largest investment in Vietnam made by a Danish company, showing the confidence and optimism of Danish investors in the future of the important Denmark-Vietnam partnership.
The LEGO Group will invest more than US$1 million in the construction of its first ever carbon neutral factory, including investment in solar energy on a 44-ha site in Binh Duong, with a hope to generate 4,000 jobs in the next 15 years.
The construction is scheduled for the second half of 2022 and the plant will go into operation by two years later. 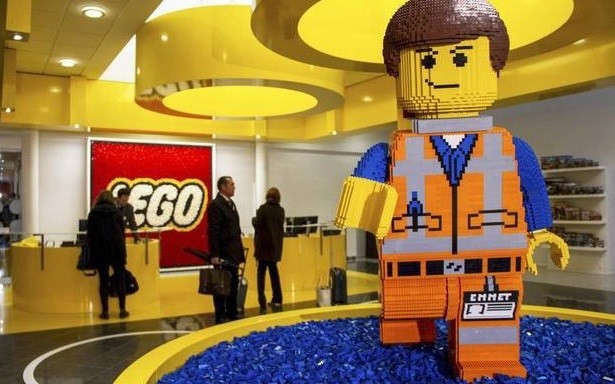 A LEGO store (Photo: Zing)
According to LEGO, the factory will be its sixth manufacturing site in the world and the second in Asia.
LEGO’s decision to build its plant in Vietnam was attributed to the Vietnamese Government’s plans to invest in expanding renewable energy production infrastructure and a collaborative approach to working with foreign companies who are seeking to make high quality investments, said Chief Operations Officer of Lego Group Carsten Rasmussen.
VSIP General Director Nguyen Phu Thinh pledged that VSIP is committed to offering international companies high quality investments and sustainable solutions to create attractive long-term development opportunities.
The new factory will feature solar panels on its roof and VSIP will build a nearby solar project on behalf of the LEGO Group. They will together plant 50,000 trees in Vietnam to compensate for vegetation removed during construction.