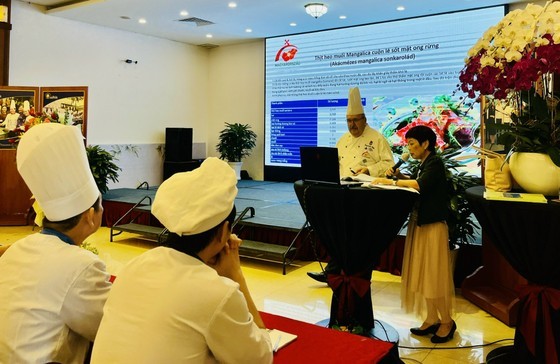 At a cooking class about traditional Hungarian dishes and gastronomy

Vice General Director of Saigontourist Group Vo Anh Tai said that the series of cultural, culinary and tourism events was launched by the Hungarian Consulate General to promote bilateral relations between Hungary and Vietnam in all fields, contributing to tightening solidarity and friendship, bringing more opportunities for the two countries to exchange culture.
Accordingly, Béla Prohászka, Vice Chairman of the Association of Hungarian National Values and Hungarikums, will teach a cooking class at Saigontourist Hospitality College from November 21 to the end of November 24.