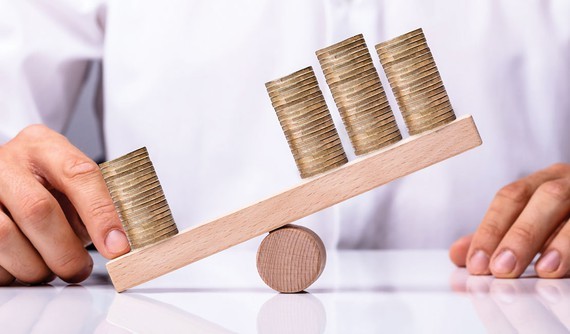 The Saigon Securities Company (SSI) increased its capital to VND9,848 bn in September, through issuance of nearly 218.3 million shares. When these additional shares were put into trading, SSI immediately announced the next capital increase plan. Specifically speaking, SSI will offer upto 497.3 million shares to existing shareholders at a ratio of 2:1, at offering price of VND15,000 per share, equivalent to mobilized value of VND7,460 bn. If successful, SSI charter capital will increase to approximately VND15,000 bn. At this time, the capital amount in SSI will be equivalent to that in a mid-range bank, such as TPB with VND11,700 bn; OCB with VND13,690 bn; HDB with VND19,922 bn; EIB with VND12,355 bn; SSB with VND14,780 bn; and VIB with VND15,530 bn.

VNDirect Securities (VND) has also just announced a similar plan to raise capital for the second time with an even larger number of shares than SSI. Accordingly, VND will offer 435 million new shares to existing shareholders at asking price of VND10,000 per share at ratio of 1:1. Simultaneously, VND also issued nearly 348 million bonus shares to existing shareholders at a rate of upto 80% and issued an additional 2% of capital under the Employee Stock Ownership Plan (ESOP) with an incentive of VND10,000 per share. These three options issued at the same time, if successful, will increase charter capital to nearly three times at VND, from around VND4,350 bn to VND12,265 bn.

With this new issue of shares, APS will offer to sell at VND15,000 per share. If successful, it will help APS earn VND1,245 bn. This amount focused by APS will supplement VND700 bn of margin lending and VND500 bn for proprietary trading. Similarly, with proceeds from the latest issuance, APG intends to allocate VND250 bn for margin activities and VND150 bn for proprietary trading.

The fact that securities companies are increasing capital to put money into these two operations is completely understandable because these are activities that bring huge profits for securities companies, and are not brokerage profits. The brokerage market share in the third quarter on HoSE at top three positions belongs to VPBank Securities Company (VPS) with 16.5% market share, but profit being far behind VND and SSI. Third-quarter business results of SSI with revenue and pre-tax profit reached VND1,846 bn and VND831 bn, respectively. In the first nine months of the year, SSI recorded total revenue of VND5,091 bn, and profit before tax at VND2,063 bn, up 53% and 92%, respectively.

According to statistics, the supply of margin has also become tense since the end of the third quarter, when the total outstanding loans of securities companies exceeded the milestone of VND154,000 bn. In terms of loans to equity of the top 30 securities companies with the highest equity, this ratio has increased to 1.2 times, while the number at the end of 2019 was 0.71 times and in 2020 it was 0. 94 times.