Reporters from SGGP Newspaper had a chance to talk with economics expert Dr. Vu Dinh Anh on the matter. 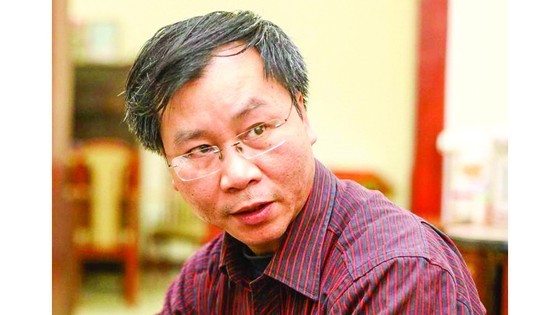 Dr. Vu Dinh Anh
* REPORTER: What’s your opinion on Vietnam Airlines’ recent proposal to apply price floors and price ceilings to air tickets?
* DR. VU DINH ANH: I personally do not agree with this proposal. The matter of price floors and ceilings has been clearly stated in our Laws on Prices.
These tools are only utilized when there is a monopolistic product or service that might be exploited by the providers to manipulate the market, leading to price gouging or other unfavorable circumstances for consumers and the economy.
It can be established that the market for air travel in Vietnam is no longer monopolistic. The arrival of new airlines in recent years has actually created quite an ideal market for healthy competition.
Therefore, introducing a price floor and amending the price ceiling for air tickets are not the correct application of economic tools under the Law on Prices, and also contradict current development trends of the market.
* What’s your perception on Vietnam Airlines’ proposal if put into the current context of the Covid-19 pandemic?
* Since the pandemic hit, many private carriers have been offering generous discounts and even free air tickets, which fits the industry’s business model of filling planes to capacity. It is clear through their proposal that Vietnam Airlines is uncomfortable with adopting this tool to gain a competitive edge.
* Many people fear that consumers and subsequently the tourism industry will suffer if the proposal is approved. Could you give a little insight into such negative impacts?
* As I have mentioned before, consumers are the ones to benefit the most from an ideally competitive market, especially those in the middle and low-income groups. If a price floor is introduced, people will lose out on the chance to get cheap flight tickets, and airlines will also be deprived of a useful competitive tool.
All the same, the negative impacts could be severe on tourism which takes up 12 to 15 percent of Vietnam's GDP. To stimulate demands, tour providers and airlines have been collaborating to offer joint discounts like tour packages including both flight tickets and accommodation.
Thus, a price floor that limits air carriers will also drag down tourism. I also believe we should get rid of the price ceiling altogether and let the market regulate itself.
* People have been using this matter to bring into question the way government-owned enterprises operate, namely how they seem to receive preferential treatments and have not shown interest in the shared responsibility and benefits of restoring the economy post-Covid. How do you think these establishments should step up?
* I think government-owned enterprises can start by re-evaluating their missions, goals, and ways of thinking. The government also should not reserve special treatments for any type of business, and instead let them operate within the freedom and constraint of their respective markets.
They should be self-reliant and put on the same level as private companies. Specifically, they should focus on cutting costs and restructuring the bureau to differentiate themselves instead of making demands that go against the trend or rely on government support.
Once firmly established, they can bring into full play the perks of state capital and demonstrate their efficiency in sharing common interests with the rest of the economy.