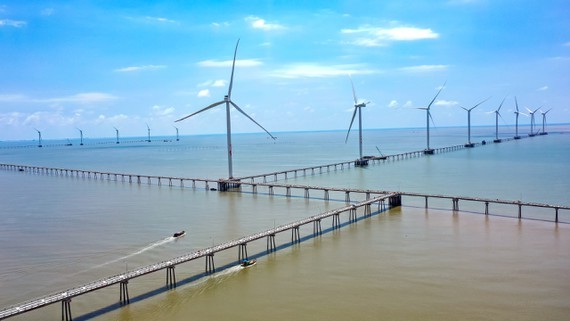 The construction of the project, located in Dong Hai commune, Duyen Hai district, Tra Vinh province, began in early 2021, with a total cost of nearly VND5 trillion (US$219,200).

With each of the 25 wind power poles having a capacity of 4MW, the project is expected to contribute about 330 million kWh to the national power grid. 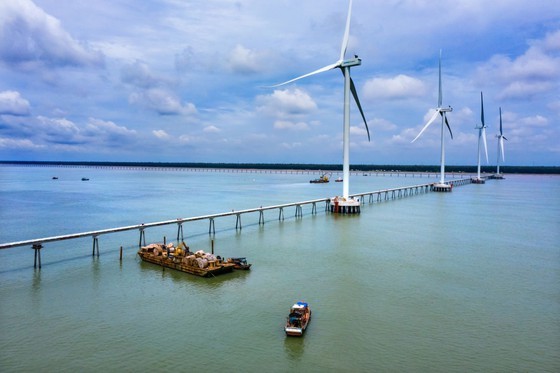 The Dong Hai 1 - Tra Vinh wind power project. (Photo: SGGP)
A report released by the Global Wind Energy Council (GWEC) in July found that Vietnam is facing a crucial crossroads in its energy system planning, and has the opportunity to act now to accelerate deployment of offshore wind in this decade.

The offshore wind power sector has substantial potential and is expected to further develop as it generates clean energy in the context of global climate change.