In addition, the provincial authorities also handed over documents on the investment cooperation to 22 projects worth nearly VND70 trillion (US$3 billion) of 17 investors.

The conference was attended by Deputy Prime Minister Trinh Dinh Dung and more than 450 local and foreign delegates, specialists, economists and businessmen of ministries, State agencies, diplomatic agencies and international organizations.
Speaking at the event, Deputy PM said that the conference was a chance for the province to introduce its strong points, potentials, policies as well as give a comprehensive knowledge of the culture and Quang Binh’s people to attract investors.
Chairman of the provincial People’s Committee, Tran Thang pledged that the local authorities will improve environment for trade and investment, increase the quality of human resources and strengthen the competitiveness. The province has kicked off a new development period with the starting of main infrastructure projects, such as the system of coastal roads, Nhat Le Bridge, the upgrade of Dong Hoi Airport. Tourism is defined to become the key industry while the industrial sector will be the main economic area.
Quang Binh Province has recently enhanced administrative reforms, offered preferential policies and solved problems to support enterprises and investors. Business’ success is regarded as the province’s success. As of present, Quang Binh sees the appearance of many leading groups, such as Vingroup, FLC Group, Hanoi Tourist, Saigon Tourist, Siam Cement Group (SCG) Charoen Pokphand Group (CP) of Thailand, Linfox Logistics of Australia, Vietnam Electricity (EVN), B&T Windfarm Joint Stock Company, he added.
Quang Binh Province has just approved a list of 62 projects calling for investment from 2021 to 2023 with a total registered capital of more than VND 94 trillion (US$4.1 billion), including 16 agricultural projects; 22 projects in the fields of industry, energy and trade; 12 infrastructural projects and 12 tourism projects.

The launching ceremony of key projects 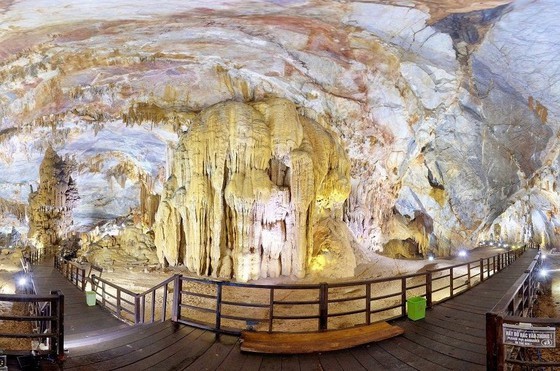 Quang Binh is home to the spectacular cave system. 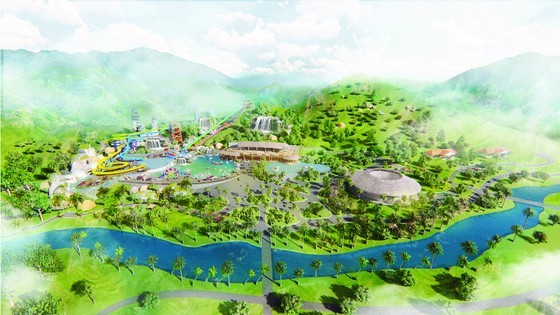 A tourist area will be inaugurated in the Bang Mineral Hot Spring in the province in June. 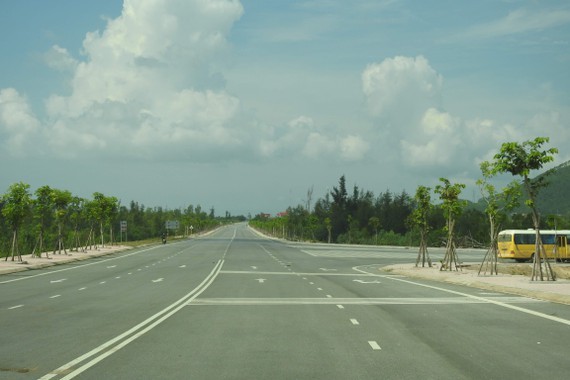