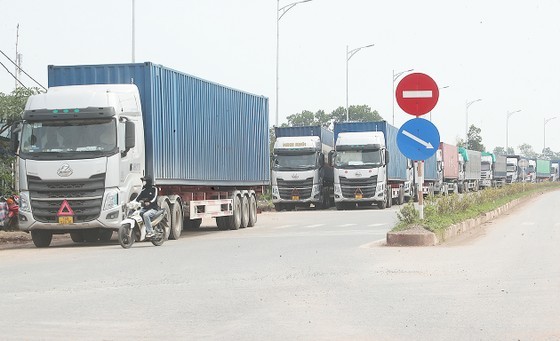 A visit to Bac Luan 2 Border Gate (sited in Mong Cai City of Quang Ninh Province) revealed that customs clearance activities were at slow speed, while the border gates of Bac Luan 1 and Ka Long near this temporarily closed.

Director of Tan Dai Duong Import-Export JSC. Nguyen Van Thanh shared that his company has invested in constructing a modern cargo checking yard with sufficient machinery to serve 40 containers (the importing side) and 30 containers (the exporting side) simultaneously. Sadly, only a part of this capacity is in use now due to strict pandemic-prevention policies of China.

Obviously, one great obstacle to the growth of Mong Cai Border-gate Economic Zone is regulations and policies of China, both in the healthcare aspect and in goods quality and traceability, especially agricultural products.

Another issue preventing the development of this economic zone is limited state budget for the consistent growth of infrastructure. Private investors have not been truly interested in this area owing to unattractive mechanisms and policies while the payback period is too long.

Finally, the problem of insufficient high-quality human resources in the local area has also harm the development of this zone.

The good news is many newly built expressways like Van Don – Mong Cai Expressway and Bac Giang – Lang Son Expressways have positively reduced the traveling time between these areas and Hanoi.

Deputy Head of Dong Dang Border-gate Economic Zone Hoang Khanh Duy reported that by the end of 2020, at the four border gates under its management, the collected fees accounted for 78.4 percent of the total revenues of all border gates in the province, with the percentage of 96 percent for 2020 alone (a rise of nearly 187 percent compared to 2012).

However, border-gate economic zones in Lang Son Province are facing challenges as well. The parking systems in these zones are still limited, leading to congestion of cargo trucks, especially produce ones and harmful financial impacts to related businesses. The growth of import-export turnovers is not at all stable.

Seeing this, Bao Nguyen Co. has carried out a construction project to expand its cargo checking yard by 4 times to reach 56ha. It is going to build a freezer storage to store produce longer as well; yet it is facing the trouble of land clearance. 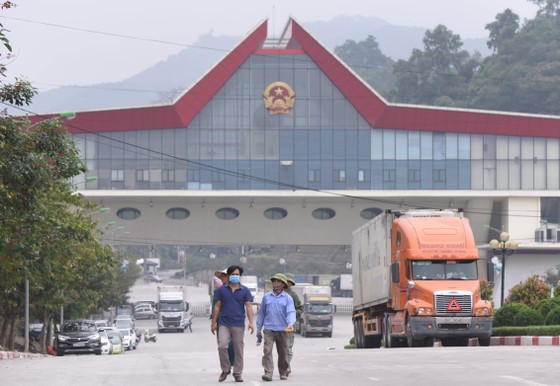 Among 26 border-gate economic zones nationwide, it seems those in the North are more bustling as the bilateral trade relations, particularly border trade relations, between Vietnam and China are always at the largest scale compared to Laos and Cambodia.

With a limited state budget, it is of dire importance to correctly choose which economic zones to pour investment in for improvements in traffic connection ability, customs clearance facilities, along with more mechanisms to attract private investors for trading activities under the public-private partnership model.

Along with investment in infrastructure is the promotion of services related to these economic zones like logistics, customs agents, legal consultation, merchandise testing in a modern, high-quality manner to save time and cost for businesses.

However much is being carried out, it seems applicable mechanisms and policies for the two leading border-gate economic zones in the North, namely Mong Cai and Dong Dang, are not truly effective to help them develop to their fullest potential, even with their advantages.

Standing Vice Chairman of Mong Cai City People’s Committee Do Van Tuan informed that Mong Cai Border-gate Economic Zone was formed in 2012 and has quickly become the largest-scale zone of this kind in Vietnam only after 3 years. It has been the most successful so far. From 2015-2020, the total import-export turnover of this zone reached over $30 billion, contributing over VND4.6 trillion ($192.6 million) to the state budget revenue. The figures for 2021 were $3.95 billion and VND1.3 trillion ($54.3 million) respectively.

By 2020, in Vietnam, there were 30 border-gate economic zones along the border lines from North to South. The country was able to synchronously build infrastructure, organizational and management models, mechanisms and policies for the nine economic zones of Mong Cai, Lao Cai, Lang Son, Lao Bao special economic and trade zone, Cau Treo, Bo Y, Moc Bai, An Giang, and Dong Thap. The total import-export turnover of goods and services across Vietnam's borders with neighboring countries should have reached $42 billion, yet the reality was much lower.