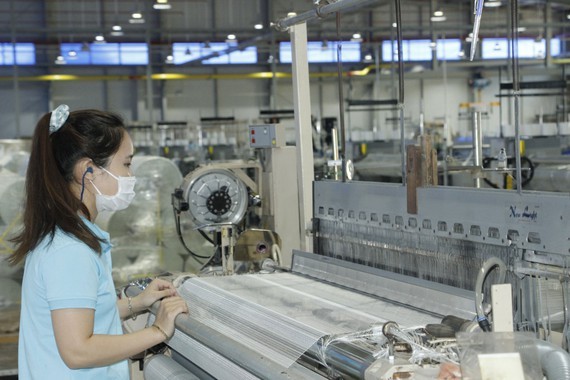 Intending to become an industrial province in 2025, in the past few years, Binh Phuoc has had policies to invest in completing the connected transport system and focus on calling for investment in industrial zones. In which, the province has cooperated with localities to build a 212-kilometer highway connecting the two provinces of Binh Phuoc and Dak Nong, with a scale of four to six lanes and design speed from 80 to 100 kilometers per hour; the 69-kilometer Ho Chi Minh City - Thu Dau Mot - Chon Thanh highway, starting from Chon Thanh District in Binh Phuoc Province to Go Dua Intersection in HCMC, with a width of 60 meters and estimated investment at VND24.15 trillion in the 2020-2030 period, which is expected to extend to Hoa Lu Border Gate, connecting with Cambodia.

Considered a key project, Becamex-Binh Phuoc Industrial Park, covering 2,450 hectares in Chon Thanh District, is expected to create a breakthrough in the province's socio-economic development. Up to now, the project has been invested in infrastructure with a modest capital of more than VND1.16 trillion out of a total of more than VND3.75 trillion, accounting for 31 percent, and attracted only 24 foreign investment projects with total capital of VND505.9 million, two domestic investment projects with total capital of VND120 billion. The project needs "huge" capital to develop the project as expected. Similarly, Minh Hung-Sikico Industrial Park, covering 655 hectares in Dong No Commune in Hon Quan District, is completing infrastructure construction and has 20 secondary enterprises operating with registered investment capital of $180.5 million of foreign enterprises and more than VND4.68 trillion of domestic ones. The occupancy rate is still low, at 25.1 percent, so the province is expanding the policy to call f
or investment.

In Hoa Lu Border-Gate Economic Zone alone, with a total area of 28,364 hectares in Loc Ninh District, so far, 82 investors have been approved by the provincial People's Committee to allocate more than 2,000 hectares of land. Of the investors, three infrastructure investors have been allocated with 1,129 hectares of land, but there are only 34 operating enterprises. The investment attraction will promote trade and trade in agricultural products in the border area with Cambodia, contributing to stabilizing national security and serving economic growth.

In Dong Phu District, the appearance of industrial zones and especially five key roads, connecting traffic with Dong Phu Industrial Parks - Urban Area and Nam Dong Phu Industrial Park that is being deployed has been creating favorable momentum for Dong Phu to build a dynamic economy with high growth rate. Along with that, people's living standards have been improved, thanks to a stable income. Mr. Dinh Van Dien, 37, has worked at Bac Dong Phu Company for ten years. Earlier, with a salary of VND7 million per month, he had to raise three kids, so his life was difficult. When the industrial zones were opened, he accumulated money and borrowed more money to buy land to build boarding houses, so his income was improved. With an income of VND20 million per month, not only Mr. Dien but the lives of many workers in the industrial zone have also improved.

To create an open investment environment and encourage investors to inject capital into industrial zones, Binh Phuoc Province will provide incentives on income tax, exemption and reduction in corporate tax, and exemption from import duties on machinery and equipment. The province will also support investment in transport connections, electricity, water supply, and waste treatment. Head of the Management Board of Binh Phuoc Economic Zones Nguyen Minh Chien added that in the coming time, the province will strengthen investment promotion domestically and internationally. In which, the province will attract investment selectively associated with environmental protection, prioritize projects with advanced technology level and capable of contributing much to the budget and urge infrastructure investors of industrial zones to complete technical infrastructure.