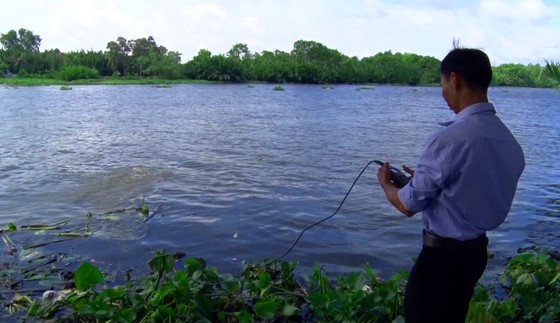 An agricultural officer of Hau Giang Province checks the salinity level in the Cai Lon River. (Photo: SGGP)
According to the Directorate of Water Resources, at the estuaries of the Mekong River, saltwater intrusion will increase gradually from now to March 31. The salinity of 4 grams per liter will follow high tides to intrude 45-55 kilometers inland. 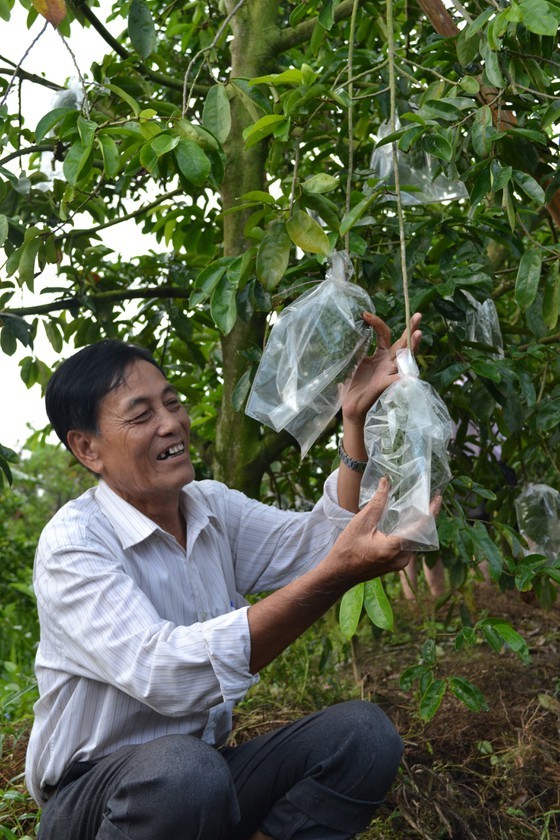 Farmers in the Mekong Delta are proactively coping with saltwater intrusion. (Photo: SGGP)
According to the Department of Crop Production, during the saline intrusion waves occurring from the beginning of this year, the water intake of irrigation works had been affected sometimes. However, farmers in many provinces have proactively reserve freshwater to water their crops.