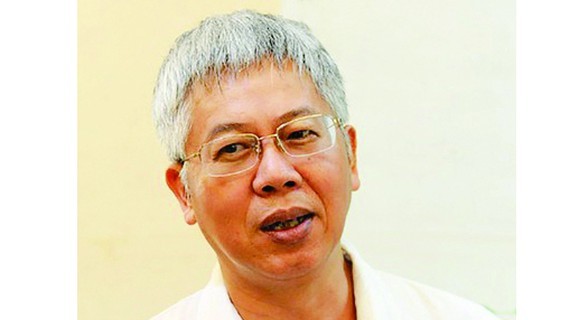 The Planning Law was approved by the National Assembly 2017. Discussing the difficulties during the development of the national master planning and other planning pieces when observing the law, Dr. Nguyen Duc Kien said that the national competitive advantage has always been considered the top priority in the Planning Law, yet there seems to be trouble following this guidance.

Until now, only seven out of 111 planning documents have been approved, including those on national land use and only 4 national industry planning pieces in the transportation field. It is obviously illogical since land is a valuable national resource and should be allocated to best promote the national competitiveness as well as the regional geographic advantages after identifying specific regional industry planning.

He took the planning of Lien Chieu Port in Da Nang City as an illustration. It is too hard to transform this port into an international-scaled one no matter how much the local authorities wish for it to come true. Meanwhile, Chan May Port on the other side of Hai Van Pass is a more suitable place for this purpose. Considering the regional competitive advantage, it would be much better to invest in turning the latter port into an international one and building a railway to connect it to neighboring areas.

As to the vision until 2050 of the newly released national master planning by the Planning and Investment Ministry while the normal vision of many official documents by the Central Party and the State is just 2045, Dr. Kien said that this planning is quite comprehensive as it has strictly assessed the current status and development conditions of Vietnam, and then proposed suitable development scenarios, goals, and perspectives. Though in need of more adjustment to be complete, it has mentioned proper space for the growth of various industries and regions.

The vision until 2050 is appropriate because this is a long-term vision based on the sustainable national benefits, not entirely on the growth strategy of a certain period only.

Due to certain difficulties in implementing the Planning Law, the Standing Committee of the National Assembly has issued Resolution No.751 to temporarily instruct the construction of both low- and high-level planning, as well as permitting the continuation of approved planning pieces before this Law comes into effect. Dr. Kien stressed that this resolution is merely a temporary solution to boost the implementation of investment projects encountering difficulties. It has its own application time and place, and will expire after a certain period.

He then emphasized that to have planning breakthroughs, there must be a major change in development thinking, firstly from the state leaders. This development should focus on key industries that are independent and play an essential role in the global value chain, based on the national competitive advantage, regardless of the administrative boundaries of regions. The planning, therefore, should provide sufficient flexible space for regions to carry out via suitable policies.

Answering the question about the intentional of national master planning regarding existing national planning pieces, such as the four in the transportation industry, Dr. Kien stated that with the planning of roads, railways, waterways, and airways, along with the one for the Mekong Delta, the national master planning details the necessity of constructing a railway system firstly from Di An City of Binh Duong Province to Cai Mep Port of Ba Ria – Vung Tau Province. It can both protect the environment by reducing pollution and share the traffic volume of National Way No.51.

The master planning also points out the reason why it is wise to construct the inner-city railway system to link HCMC and Long Thanh District for smoother operation of the to-be Long Thanh International Airport. This system should meet the technical standards to share the national railway system. To do that, there must be suitable policies to boost supporting industries like railway making, train car building, and railway automation.