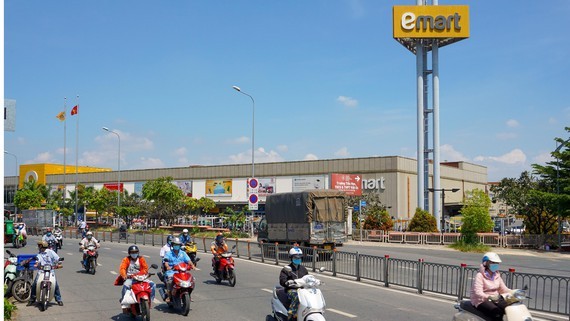 In 2020, the total value of M&A deals in Vietnam was US$3.5 billion, down about 48 percent from the previous year. This market has continued to face difficulties this year as the country is hit by the fourth Covid-19 pandemic. However, many Vietnamese enterprises with the right M&A strategy have grown and become buyers in many big deals. For example, in September 2021, Thaco Group completed the transfer of the business operation of the Korean Emart supermarket system. Moreover, the real estate market also recorded many M&A deals on land fund expansion and capital contribution in the first half of this year.

At a recent M&A Forum held online recently in Ho Chi Minh City and Hanoi, Mr. Phan Duc Hieu, Standing Member of the Economic Committee of the National Assembly, said that the overall picture of the M&A market in the context of the pandemic still had bright colors. The most prominent is the stronger participation of domestic enterprises in the role of buyers, while before that, this was the main playground of foreign ones.

Mr. Hieu said that according to statistics, in 2018, in M&A deals, the number of Vietnamese buyers accounted for only about 11.8 percent of the total market value. It increased to 30 percent in the 2019-2020 period and 49 percent in the first quarter of 2021, proving that the scale has gradually balanced. This important mark shows the rise of domestic enterprises in M&A deals over the past time.

"Previously, many people worried that foreign enterprises would take over Vietnamese ones in M&A deals and raised the question of whether there should be policies to limit this. Now, there is no longer any concern," Mr. Hieu said. Besides, during the pandemic, the trend of M&A has gradually changed from annexation to cooperation to form a chain. Accordingly, from 2019 to 2021, only 11 percent of M&A deals are mergers, more than 80 percent are purchases of shares for takeover, and 9 percent are joint ventures.

Assessing the M&A market in the coming time, Mr. Nguyen Cong Ai, Deputy CEO of KPMG Vietnam, said that shortly, investors would prepare human and financial resources to welcome the new M&A wave because this was one of the good investment channels. "M&A activities in 2022 will be vibrant and can reach a growth rate of 100 percent compared to 2021," said Mr. Ai.

With the same opinion, Mr. Phan Duc Hieu predicted that the value of M&A deals would hit $4.5 billion-$5 billion in 2021 and reach $7 billion in 2021. Consumer goods, retail, real estate, industry, and agriculture would still attract M&A deals. Besides, the fields of telecommunications, energy, infrastructure, pharmaceuticals, and education were also expected to contribute significant value to M&A activities in Vietnam in the last months of 2021 and the coming years.

To recover and develop after the pandemic, according to many experts, besides the efforts of enterprises to strengthen cooperation, they also need to grasp opportunities from the M&A field. To rebuild strategies, transform, and innovate business models in the new normal due to the emergence of new business needs, M&A is the shortest way.

Especially, according to Assoc. Prof.-Dr. Tran Dinh Thien, former Director of the Vietnam Institute of Economics, M&A is an opportunity to help domestic enterprises grow up quickly and contribute more to the economy. It is not about gathering assets to grow up but creating new connections.

“M&A is not only a chance to restructure enterprises, but if there are timely support mechanisms and policies, it is also an opportunity to change the image of Vietnamese enterprises. Therefore, promoting M&A at this time is to pull the economy up after the pandemic, and at the same time create more pressure on the Government to introduce reforms and innovation to promote policies to boost M&A in the upcoming time,” said Mr. Thien.