On December 1, the Vietnam Farmer’s Union and the Ministry of Industry and Trade held the seminar ‘Solutions for Vietnam's sugar industry in a new situation’ to find a rescue solution for the current sugar industry.

After several years of maintaining a protective policy for the sugar industry, Vietnam began to implement its commitments under the ASEAN Trade in Goods Agreement (ATIGA) to the sugar industry from January 1, 2020, by not limiting the amount of sugar imported from countries in the ASEAN and applying a 5-percent import tax rate.

Under the impact of the flow of cheap sugar into the domestic market, Vietnam's domestic sugar prices have fallen to extremely low levels, leading to relatively low prices of sugarcane in Vietnam. 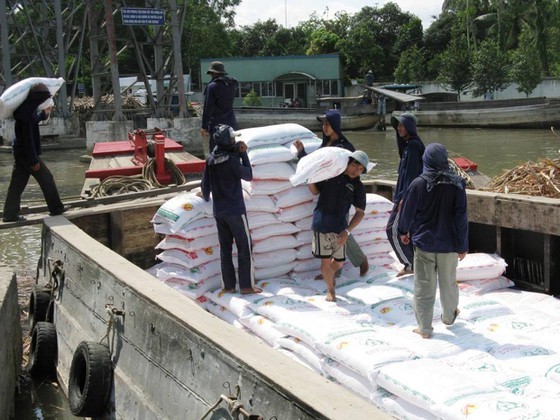 Sugar production in Hau Giang Province. (Photo: SGGP)
The low buying prices of sugarcane have caused many sugarcane farmers to fall into debts and abandon sugarcane fields because the more they invest in sugarcane fields, the more they suffer losses. This is the reason why the area of material sugarcane has declined dramatically in the past crop.
Previously, the whole country had 40 active sugar refineries. In the 2019-2020 crop, only 29 sugar refineries are in operation.
In the 2020-2021 crop, it is forecasted that it will continue to be a difficult year for the sugar industry in Vietnam, especially in the complicated situation of the Covid-19 pandemic.

Compared to the 2019-2020 crop, it is expected that four more sugar refineries, including Son Duong, Nong Cong, Van Phat, and Pho Phong, will continue to close due to a shortage of raw materials and inefficient operation.

According to the VSSA, Vietnam's sugar industry has suffered heavy losses in previous years because of commercial fraud caused by sugar smuggled from Thailand.

While other sugar-making countries in the ASEAN, including Thailand, the Philippines, and Indonesia, although having completed the implementation of ATIGA commitments from 2010 and 2015, they still apply management measures to protect their sugar industry.

According to the VSSA, the governments of these countries still play a decisive role in price subsidies, closely protecting the domestic market and preventing cheap imported sugar in international markets from being freely consumed in the domestic market.

Although the removal of tariff barriers and quotas has been carried out, allowing individuals, organizations, and businesses to import sugar, the Thai government does not allow the import of sugar. Meanwhile, Indonesia and the Philippines only permit the import of sugar corresponding to the domestic production shortage and only allow imported sugar to be brought into the market after the sugarcane season has ended.

The association also informed that in these three countries, sugarcane farmers are supported through direct and indirect subsidies and a profit-sharing system with sugar refineries to ensure stable income from sugarcane. It means that with high sugar prices, farmers will benefit the most. 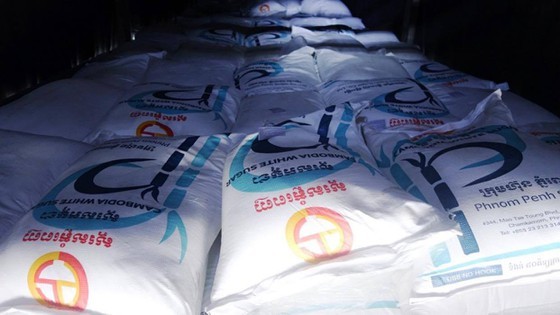 Sugar smuggled from Cambodia is caught in An Giang Province. (Photo: SGGP)
Specifically, the Thai Government supports the sugar industry at least US$1.3 billion per year. Of which, about $775 million is used for indirect export subsidies through the sugar price pooling system, which increases the price subsidy for compensation when the global sugar prices fall.

In Thailand, about $500 to $525 million is used to pay directly to sugarcane growers. That is not to mention that domestic sugar manufacturers benefit fully from low-interest loans and subsidies like all other sectors in the agricultural sector.

Mr. Nguyen Van Loc, Acting General Secretary of the VSSA, said that the association has sufficient database to determine that imported sugar originating from Thailand is dumped and subsidized for the dumping in foreign markets. And there is clear evidence that the dumping of imported sugar causes significant damage to the domestic industry, as well as there is a causal relationship between the dumping of imported products and the serious damages to the domestic manufacturing industry.

To save the domestic sugar industry and the livelihoods of sugarcane farmers, Vietnam can decide to adopt trade remedies following international law and trade regulations of the WTO for the sugar industry is a legitimate way to protect the manufacturing industry, increase budget revenues, and protect jobs for sugarcane growers. This is even more meaningful in the context that other countries in the ASEAN are applying unofficial measures, said Mr. Loc.

Regarding this matter, the Trade Remedies Authority under the Ministry of Industry and Trade said that by November this year, the ministry has initiated 21 trade remedies investigation, including 13 anti-dumping cases, one anti-subsidy case, six safeguard cases, and one anti-evasion case, on steel products, float glass, cooking oil, MSG, fertilizer, BOPP film, aluminum, wood, fiber, and sugar.

Of which, the ministry issued a decision to apply seven anti-dumping measures, five safeguard measures, and one anti-evasion measure.

Regarding sugarcane, the domestic industry believes that cane sugar products imported from Thailand are being dumped into Vietnam, and the Thai Government has been maintaining some subsidy policies for sugarcane farmers and the sugar industry in this country. The domestic sugar industry has also provided the necessary information and evidence to support these allegations.

Based on the requests of enterprises in the industry, in September this year, the MoIT issued Decision No.2466/QD-BCT on the investigation and application of anti-dumping and anti-subsidy measures for some cane sugar products originating from Thailand.

Besides, in June this year, the ministry issued Decision No.1715/QD-BCT on the investigation and application of anti-dumping measures on some liquid sugar products extracted from corn starch, also known as high-fructose corn syrup, imported from China and South Korea.

Currently, both cases are under investigation. The Trade Remedies Authority will investigate following the Law on Foreign Trade Management and related legal documents to establish a fair competitive environment in the context of international economic integration to protect the legitimate rights and interests of the domestic manufacturing industry from anti-competitive acts from outside.