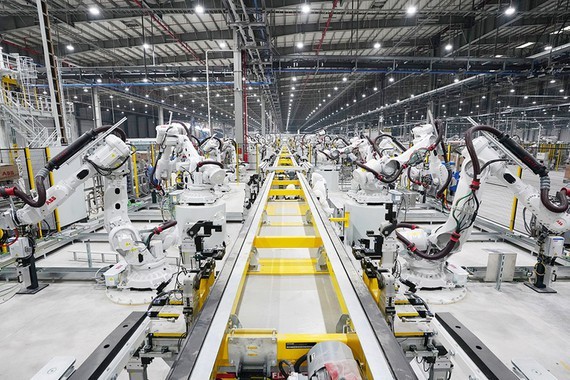 Among 19 provinces and municipalities in the South that have implemented social distancing following Directive No.16/CT-TTg to prevent the Covid-19 pandemic, seven localities saw decreases in the IIP in July while 12 posted increases.

Despite being heavily affected by the Covid-19 pandemic, the IIP in the first seven months of this year of some localities still grew compared to the same period last year, including Binh Duong with an increase of 7.4 percent, Can Tho with 7.2 percent, Dong Nai with 7.1 percent, Tien Giang with 3.1 percent, and Long An with 3 percent.

In the first seven months of this year, some major industrial products that posted increases compared to the same period last year consisted of rolled steel, cellphone components, automobiles, leather footwear, crude iron and steel, mixed NPK fertilizers, mobile phones with an increase of 14.1 percent, and casual clothes with 9.5 percent.

On the contrary, some products that decreased compared to the same period last year included natural gas with a decrease of 13.4 percent, televisions with 10.3 percent, refined sugar with 9.5 percent, urea fertilizers with 7.4 percent, crude oil exploitation with 6.8 percent, monosodium glutamate with 5.1 percent, and clean coal with 2.8 percent.