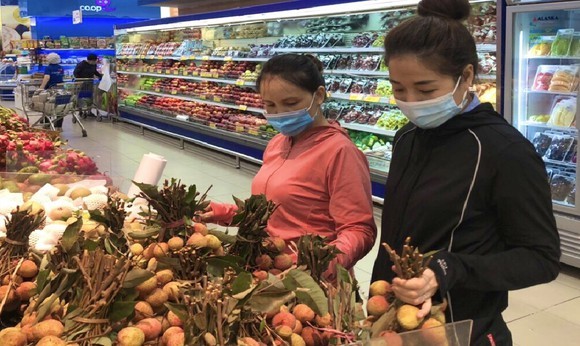 Lychees on a supermarket's shelves in HCMC

Supermarket chains of Co.opmart and Central Retail are also providing a significant amount of lychees to their consumers in the city. Of which, it is expected that Central Retail system will consume about 1,000 tons of lychees this year. Similarly, online trading platforms such as Tiki, Lazada, Sendo and Alibaba have also also supplied lychee to domestic and foreign consumers.
On fan-pages selling fruits in Ho Chi Minh City, lychees in Bac Giang and Hai Duong are being sold at prices ranging from VND38,000-40,000 (US$1.6-US$1.7) per kilogram.