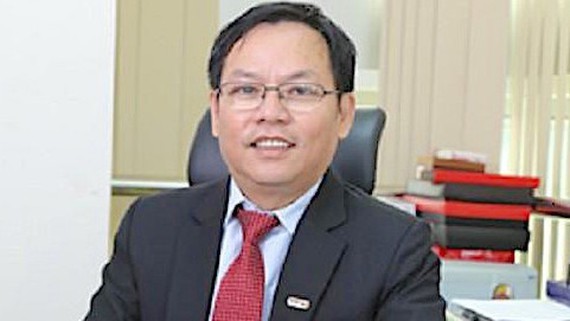 Mr. Diep Dung submitted his resignation. (Photo: SGGP)
Based on the collected opinions, the Organization Commission will advise and submit to the Standing Committee of the Municipal Party Committee for it to make a decision.


Earlier, Mr. Diep Dung sent the letter of resignation to the Standing Committee of the Municipal Party Committee to resign from the position of Chairman of Saigon Co.op.

According to the resignation letter, Mr. Diep Dung said that in the past five years, from 2015 to 2020, the business results of Saigon Co.op, as well as the efficiency of its role as a regulator of social security and price stabilization of the city, were fairly good. However, he realized that he had not done well his tasks, so he asked for permission to resign for the following two main reasons.

Specifically, he realized that he had not fulfilled the responsibilities of a leader of the Saigon Co.op, entrusted by the organization, especially for the increase of charter capital, leading to a series of recent untoward problems. At the same time, he had not yet fulfilled the responsibilities of the head in uniting and leading the Party Executive Committee of Saigon Co.op.

Previously, on July 27, the Ho Chi Minh City Inspectorate announced the conclusion on the observance of the law at Saigon Co.op. The inspection was carried out under the direction of the municipal People's Committee.

Regarding the responsibilities of Mr. Diep Dung, the Inspection Committee of the municipal Party Committee determined that Mr. Diep Dung had illegally directed capital raising and held an annual meeting. At the same time, he had violated the Party's rules over personnel affairs and was dishonest with the organization when he was asked to make a report.

In related news, according to the representative of Saigon Co.op, the information that Co.opmart Cong Quynh supermarket, located at 189C Cong Quynh Street in Nguyen Cu Trinh Ward in District 1, will have to close, originates from the document of the municipal People’s Committee requesting the Border Guard Headquarters to assist and facilitate the Saigon Co.op to maintain this outlet until March 31, 2021. In case that Co.opmart Cong Quynh has to close to return the possession of the premises, it will make an announcement and carry out procedures to ensure the rights of customers and suppliers.

Co.opmart Cong Quynh was put into operation since 1996. It is the first supermarket in the Co.opmart supermarket network and one of the supermarkets with the highest revenues of Saigon Co.op.