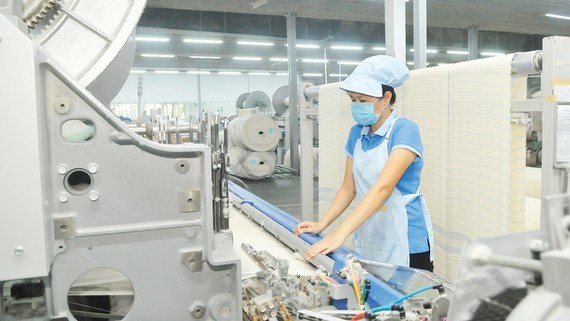 The Covid-19 pandemic has negatively impacted the growth of many industries. However, the development of the trade-in service sector has helped to recoup the growth. Specifically, the trade-in service sector rose by 5.86 percent while it increased by 0.67 percent in the same period last year. Three service industries posted high growth include trade with an increase of 6.01 percent over the same period, transportation and warehousing with 5.73 percent, and finance, banking, and insurance with 8.22 percent. Besides, the added-value of nine key service sectors accounted for more than 58 percent of the GRDP and 91.3 percent of the service sector.

Although the industry contributed only 0.8 percentage points to the overall growth of the city's economy, the first six months of this year achieved a growth rate of 4.16 percent, doubling that in the same period last year, meaning that the industry has shown signs of recovery. The construction industry alone grew by only 0.98 percent, lower than the growth of 1.17 percent in the same period because of interrupted construction projects, limited supply of housing products, and increasing construction material prices. 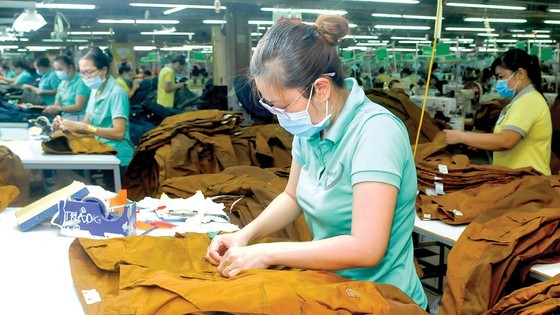 Production at Phong Phu Joint Stock Company in Thu Duc City. (Photo: SGGP)
At the same time, trade and retail activities saw high growth. Specifically, the total retail sales of consumer goods and services in the first six months is estimated at more than VND541.68 trillion, up 7.3 percent over the same period.

Capital poured sharply into the economy

On the opposite direction, in general, foreign direct investment (FDI) attraction decreased. In the first six months, the city attracted 262 new projects with a total registered capital of US$264.4 million, 75 times of projects adjusting investment capital with a total of $475.3 million, 1,040 times of capital contribution, and purchase of shares with a total value of $686 million. Thus, the total registered capital for newly licensed capital, adjusted capital, capital contribution, and share purchase merely touched $1.43 billion, down nearly 30 percent over the same period.

Besides, the total realized social investment capital is estimated at more than VND185.97 trillion, up 6 percent year-on-year, accounting for 27.3 percent of GRDP. Meanwhile, it decreased by 10.1 percent in the same period last year. Specifically, the capital of the State-owned sector reached VND23.85 trillion, the non-State sector roughly VND135.36 trillion, and the FDI sector VND26.76 trillion.

As for the disbursement of public investment capital, although it has been half a year, the disbursement rate only reached 25 percent of the assigned capital plan, equivalent to VND9.09 trillion, while the set target was over 50 percent.