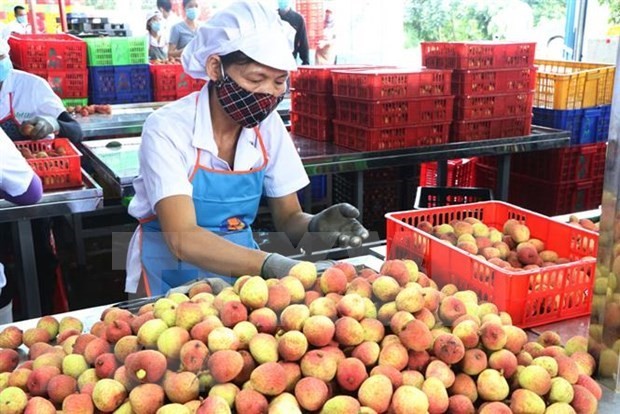 Preliminary processing facility of lychees for export of Ameii Vietnam JSC in Thanh Xa commune, Thanh Ha district, Hai Duong province. (Photo:VNA)
Representatives of Ameii JSC said having Vietnam’s fresh lychee accepted in Thailand is a huge feat as Thailand is a capital of fresh fruit in the region, and this showed that Vietnamese lychee can compete with other fruits.

Each week, the company hopes to export over 20 tons of the summer fruit to supermarkets chain and stores in Thailand.

According to Hai Duong Department of Agriculture and Rural Development, by May 31, the province had harvested and marketed about 29,000 tons of litchi. Of these, about 15,000 tons are exported to China, Laos and Cambodia.