Although domestic garment and textile enterprises still maintain fairly good export turnover, many of them have started to weaken. Enterprises have had orders again, but the quantity is not much, and the added-value is low. As for suit makers, most of them have had no production orders from the second quarter of this year to now. Some enterprises have to operate perfunctorily and switch to make face masks and protective gear. However, recently, orders for these items are also gradually fewer because countries have timely changed production, adding up the source supply that was short locally due to a sudden increase in demand in the second and third quarters.

Sharing the same mood, Mr. Nguyen Phuong Dong, Deputy Director of Department of Industry and Trade of Ho Chi Minh City, said that the year 2020 is a tough year for enterprises. Only in HCMC, since the beginning of this year, nearly 30,000 enterprises have left the market. The city's index of industrial production (IIP), which always maintains a higher growth rate than the previous year, has moved inversely this year. In the first 11 months of this year, the IIP fell by 4.4 percent over the same period last year. Of which, the processing and manufacturing industry saw the steepest drop with 5.1 percent. The power generation and distribution industry decreased by 1.5 percent, and water supply and waste treatment slid by 0.4 percent. Some industries had IIP sharply fallen over the same period. For example, wood processing and wooden product manufacturing, except beds, wardrobes, tables, and chairs, went down 22.9 percent.

Noticeably, economic difficulties have not shown signs of slowing down. Currently, HCMC-based enterprises, in particular and domestic ones, in general, are still facing the risk of a shortage of imported raw materials and a narrowing commodity consumption market. Because some countries, which are important partners of Vietnam, namely the EU, Japan, South Korea, and the US, have to deal with a new outbreak of Covid-19. 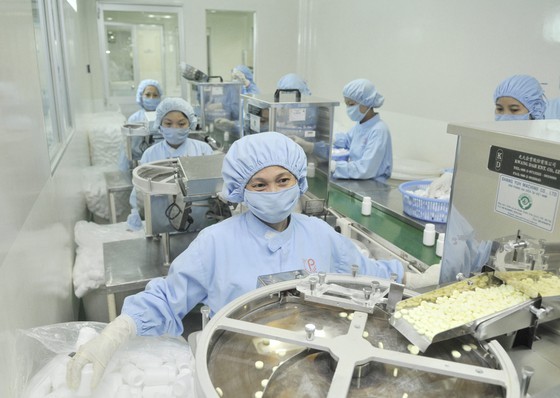 Moreover, Vietnamese enterprises are facing the risk of being applied trade defense measures in many export markets, although the export turnover is not much.

Ms. Pham Chau Giang, Deputy Director of the Trade Remedies Authority of Vietnam under the Ministry of Industry and Trade, said that the total export turnover of Vietnam subject to the application of trade remedies is estimated at $12 billion. Enterprises are facing more than 200 trade remedy lawsuits in all export markets. Particularly, from the beginning of this year, domestic enterprises have dealt with nearly 40 trade remedy lawsuits, more than two times higher than that in 2019. Lately, enterprises exporting foam cushions, draw texturized yarn, and textiles to the US market are investigated for trade remedies. If they lose the lawsuits, these industries will face the risk of being imposed with tariffs increasing by 100-400 percent. It also means a closure of the US market for these products.

To reduce the pressure for enterprises in the context of the market with many unusual developments, according to economic analysts, on one hand, the Government must select industries to attract investment to reduce competitive pressure in the export market for domestic enterprises, and should not give priority to investment attraction in industries that are already available in the country. At the same time, it is necessary to synchronously and quickly deploy support packages for enterprises because although it has been more than half a year of implementation, many enterprises have not reached the support package yet.