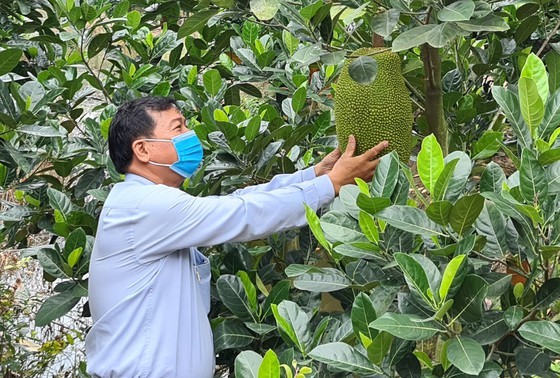 Due to the impact of the Covid-19 outbreak, it is difficult for goods to pass through the border gates. Meanwhile, China is the main market of Thai jackfruits, but exporting jackfruits to this market is difficult. It leads to an oversupply, so the price of jackfruits declines. 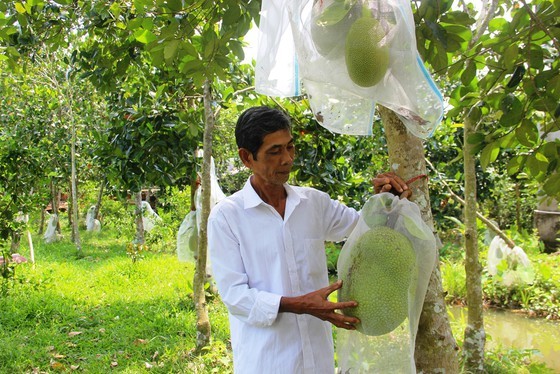 When the export of Thai jackfruits was smooth, farmers had an income of about VND400 million-VND600 million per hectare per year. (Photo: SGGP)
According to Mr. Mai Nguyen Nam Phuong, besides the decreasing price, currently, the consumption of Thai jackfruits is extremely slow. His facility only supplies one container for export per day, while in previous crops, nearly a dozen containers were exported each day.

In Hau Giang Province, there are about 6,000 hectares of Thai jackfruit trees grown in Chau Thanh, Chau Thanh A, and Phung Hiep districts. Local farmers also suffer losses. Many farmers said that because the price of Thai jackfruits is declining and consumption is sluggish, most traders buy non-selected jackfruits at only VND3,000-VND4,000 per kg. Meanwhile, the production cost of jackfruits ranges from VND6,000 to VND7,000 per kg, leaving farmers empty-handed. 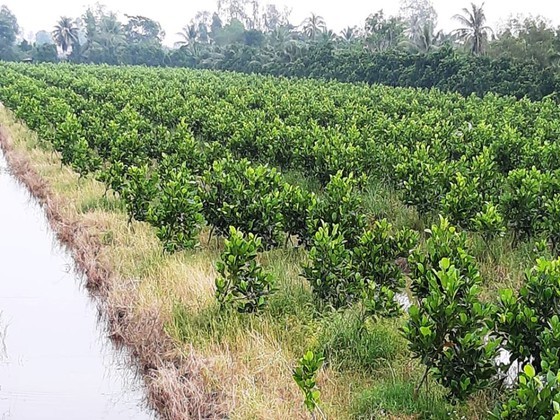 The difficulty is that the price of Thai jackfruits fluctuates unexpectedly and unstably because it depends largely on the strong or weak purchasing power of the Chinese market. Moreover, most Thai jackfruit farmers do not have a connection with enterprises in terms of consumption, so the consumption is unstable. 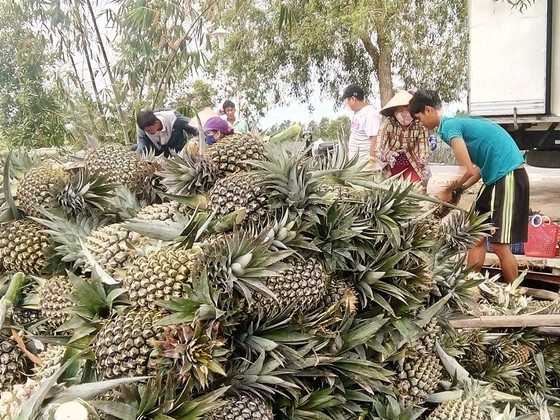 The price of pineapples also drops sharply due to the Covid-19 pandemic. (Photo: SGGP)
Not only Thai jackfruit farmers, but many pineapple growers in Tien Giang, Kien Giang, and Hau Giang provinces also encounter difficulties when the price of pineapples now drops to VND5,000 per fruit, whose weight is from 1 kg or more. Meanwhile, about two weeks ago, pineapples fetched from VND10,000 to VND12,000 per fruit. Many mango growers also struggle this year, especially Taiwanese mango growers, when the price plunged to roughly VND3,000-VND5,000 per kg because export was unfavorable.