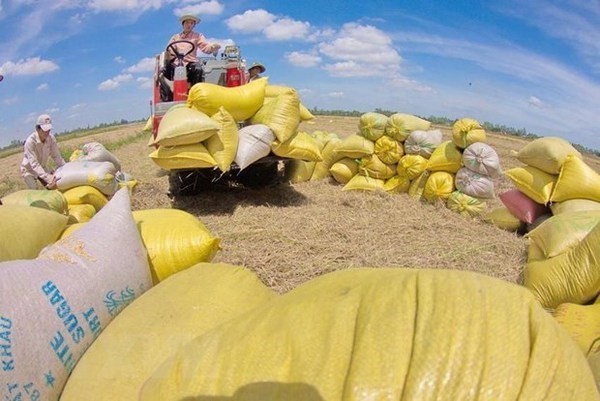 Harvesting rice in Hau Giang province (Photo: VNA)
Exports surged 22 percent and imports 26.3 percent, with the country posting a trade surplus estimated at more than US$2 billion.
The figures reveal the strong recovery seen in production and trade in the country despite COVID-19 here and around the world.
Associate Professor Pham Tat Thang, a former official at the Ministry of Industry and Trade’s Vietnam Institute of Industrial and Trade Policy and Strategy, said that after the EU-Vietnam FTA (EVFTA) took effect in August 2020, shipments to the bloc have headed upwards and rose 18 percent in January-March this year. 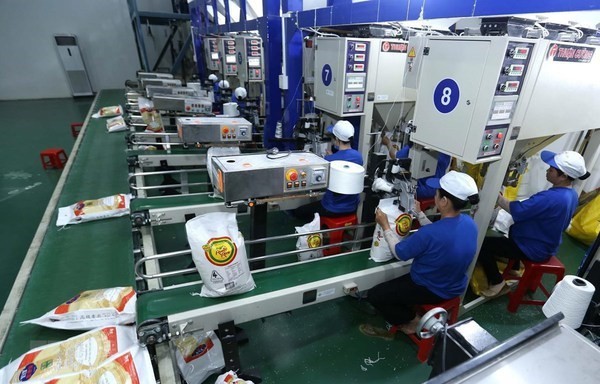 Illustrative image (Source: VNA)
Similarly, exports to members of the Comprehensive and Progressive Agreement for Trans-Pacific Partnership (CPTPP) also grew substantially during the period, including to Canada, up 13.7 percent, Australia 17 percent, Chile 25.6 percent, Mexico 12.7 percent, and New Zealand 35.1 percent.
Thang commented that these agreements will continue to act as an important “leverage” for Vietnam’s exports into the future.
Though instances of protectionism have emerged around the world in recent years, Vietnam still insists on opening up its economy, with 16 FTAs having been signed, he said.
With the signing of the EVFTA and the CPTPP, large volumes of Vietnamese rice, shrimp, aquatic products, and vegetables have been sent to member markets, Thang added.