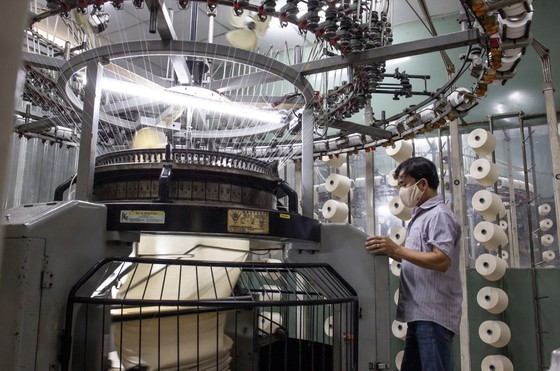 Illustrative photo
Working capital is a measure of a company's liquidity or the ability to turn short-term assets into cash. A lack of working capital can make normal day-to-day operations difficult; even, it can cause some of these to completely cease until sufficient cash flow can be restored.
Chairwoman of the Ho Chi Minh City Food and Food Association Ly Kim Chi said that during the peak months of the epidemic, most businesses in the food processing industry couldn’t stop production. This also means they ought to increase raw material reserves and inventory.
Even in the four months of social distancing from May to September 2021, many businesses had no choice but accepted negative gross profit margins to maintain production and ensure a stable food supply for the market. Accordingly, enterprises have gradually been weaker. Therefore, businesses have faced many difficulties due to a lack of working capital.
According to the Ho Chi Minh City Union of Business Association, the majority of enterprise respondents announced that they are not willing to expand production, but only maintain the same production capacity, and simultaneously, they increase the design capacity at an allowable level to compensate for the four months of social distancing.
Businesses need capital support for continued import of production materials as well as market advantages from solutions to stimulate consumption demand that Ho Chi Minh City and the Ministry of Industry and Trade are implementing. However, they find it difficult to get access to loans for working capital.
Chairman of the Board of Members of the Ho Chi Minh City State Financial Investment Company Nguyen Ngoc Hoa said that the company currently has stimulus loans with preferential interest rates for businesses, but the company can only give loans for investment in production expansion.
Meanwhile, General Director of Tan Nhat Huong Trading Company Vu Nam Chien said that banks can lend working capital, but businesses are required to put up their assets as collateral whereas most businesses have mortgaged their assets.
Businesses supposed that the Government as well as financial institutions and state financial investment companies need to be flexible in lending loans. In addition to the regulation that only allows loans for investment in projects and equipment for production expansion, there should be a working capital loan.
In fact, the potential of the working capital lending market is very large, but domestic financial institutions have not been properly exploited and subsequently, foreign investment funds have lent working capital. Businesses can mortgage with their own order invoices to partners to make working capital loans.
Therefore, Ms. Ly Kim Chi proposed that the State Bank should have the policy to allow the loan limit to be increased according to the valuation of existing collateral from 70 percent to 85 percent for businesses with a good reputation that can recover capital in the future.
On the other hand, she suggested that the bank should consider the medium, long-term and short-term loans for businesses, especially enterprises in the food production and processing industry. Enterprises in the food production and processing industry should be given priority over long-term loans rather than short-term capital at the current rate.
Businesses believed that the market potential in the last months of the year is very positive. For example, the total export value of goods of the whole country in October alone reached US$28.87 billion, up by 6.8 percent. The value of exported goods reached US$269.77 billion, up by 17.4 percent as of October 2021. Last but not least, many foreign enterprises have returned to the Southeast Asian country and poured more investment into Vietnam.
The General Statistics Office’s latest record has shown that, despite the bad impact of the Covid-19 epidemic, the total foreign investment capital into Vietnam since the beginning of the year has still reached $23.74 billion.
Accordingly, if businesses have more working capital for production recovery, domestic enterprises will have the opportunity to participate in the global supply chain of foreign-invested enterprises producing products, gradually regaining market share at home and abroad.