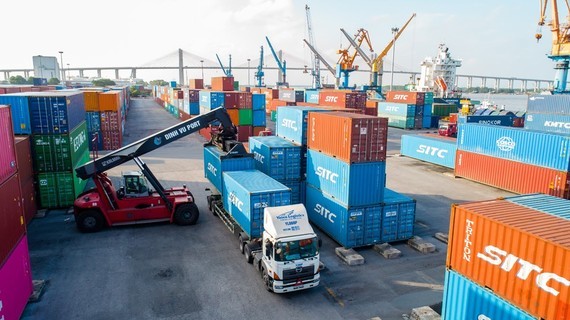 The Comprehensive and Progressive Agreement for Trans-Pacific Partnership (CPTPP) has increased the export of goods from Vietnam to several vital member markets. Despite the US pulling out of TPP, exports from Vietnam to the US are still encouraging, and the US is still the number one export market for Vietnam. Currently, Vietnam is the largest trading partner within ASEAN in the European Union (EU) in just two years of implementation of the Vietnam-EU FTA (EVFTA). Soon after the U.K. left the EU, the Vietnam-UK FTA (UKVFTA) was signed and trade between the two countries has kept growing. In only five months after the implementation of the Regional Comprehensive Economic Partnership (RCEP) agreement, rice exports to RCEP markets are about to reach USD 1 bln, out of a total of USD 1.35 bln for rice exports.

The implementation of FTAs has created a new wave that has attracted more Foreign Direct Investment (FDI) and has caused a shift of investment into Vietnam, which has helped in promoting administrative reforms and also lending support to the process of renewing growth and restructuring of the economy. These successes have shown that along with expanding relations with other economies, the promotion and selective implementation of FTAs, especially new-generation FTAs, is correct and timely in the integration process.

Vietnam is directing exports towards FDI enterprises, because this sector is growing faster and increasingly overwhelming the domestic sector by the proportion of the total export turnover of the country. Vietnam has had a trade surplus for six consecutive years, from 2016 until 2021, which is likely to extend into this year as well. However, this surplus belongs to the FDI sector and Vietnamese enterprises are in deficit. Vietnam has great potential for agricultural and aquatic products but compared to the world market these products lack consistency in quality. Technological goods depend heavily on imported raw materials and production is dependent on availability, hence quantity, quality, and delivery are subjective.

The opening of FTAs has created favorable conditions for imports. In order to take advantage of incentives for imported Vietnamese goods, foreign retail groups are racing to open supermarkets. Right now, foreign goods are flooding cities and even the countryside stores. For instance, there is a bi-lateral and multi-lateral FTA with South Korea, but imports from South Korea dominate the markets. In the ASEAN economic community (AEC), trade deficit from ASEAN is still high with the mainstream in Thailand, while with RCEP, the trade deficit from China is getting bigger and bigger by the day.

All FTA partners, including markets that Vietnam once considered easy, have shifted to consuming green, clean goods and meeting high labor and environmental standards. This is to say, that now it is not just about prices. Quality is also of much concern in the production process. Along with tax incentives, there are a set of technical requirements such as quarantine for animals and plants under strict standards. However, even though Vietnam has not yet caught up with the best and exact ways in export of goods, it is paving the way for strong trade in the future.