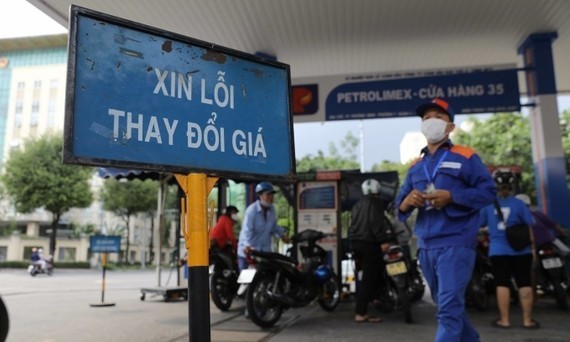 Both imports and exports saw a total turnover of US$371.5 bln in the first half of 2022. It is now expected that the second half of the year will see a total yearly turnover in exports and imports of more than US$700 bln.

Vietnamese rice is maintaining its sixth position in production capacity and third in the world in rice exports. Seafood exports also saw an increase by 40.8%, mainly with basa fish. With some countries placing a ban on the export of chicken, basa fish received a boost in the food market. In the first half of the year, pangasius exports touched US$1.4 bln, up by 90% over the same period in 2021.

Currently, there are 117 import markets for Vietnamese pangasius products, in which frozen pangasius fillets continue to account for the highest proportion by 88%. Many leading industrial products such as telephones, electronics, optics, and garments saw a high turnover, helping in maintaining the supply chain from Vietnam to the rest of the world.

Most of Vietnam's implementation guidelines are compatible with commitments made in Foreign Trade Agreements (FTAs) which have been beneficial for exports. Key products are expanding in export markets due to their relative competitive advantage over similar products from other countries. The latest FTAs which have been effective from the beginning of 2022 are helping in taking advantage of industries and businesses to accelerate exports to Rice Competitiveness Enhancement Fund (RCEF) member markets, especially to leading trading partners such as Japan, South Korea, China, and Australia, because of relaxed rules of place of origin.

However, the unprecedented and consecutive increases in the price of gasoline is compromising all efforts and affecting both exports and imports. With this prevailing situation, aquaculture may slow down in coming time. Lack of raw materials for export processing is a serious problem facing the seafood industry in coming months. Due to the petrol price increase, the number of fishing boats docked on the shores will face heavy consequences with also raw material prices increasing. Sea freight rates have increased by six to ten times compared to before the outbreak of the Covid-19 pandemic. A lack of empty containers has increased the price of goods and reduced competitiveness. Although the export price of lychee, dragon fruit, and mango is high compared to domestic sale price, it is accompanied by expensive logistic costs.

Currently, the US has become the largest customer for apparel with over 50% exports from Vietnam. However, inflation has led to a decrease in fashion demand which will affect the export target for 2022 for the entire textile and garment industry. Along with this there continue to be many risk factors that are slowing exports from Vietnam. South Korea has extended the anti-dumping investigation on copper pipes cast from Vietnam. Australia has initiated an anti-dumping investigation of ammonium nitrate compounds from Vietnam. The US has initiated an investigation into evasion of anti-dumping and anti-subsidy tax on wooden cabinets, and at the same time has extended an investigation against trade defence tax evasion on steel pipes from Vietnam. The ongoing US-China trade war and the current unending Russia-Ukraine conflict has not yet shown any signs of coming to an end. In this situation, global supply chains have been broken, deliveries have been delayed, and huge amounts of payments have been stuck.