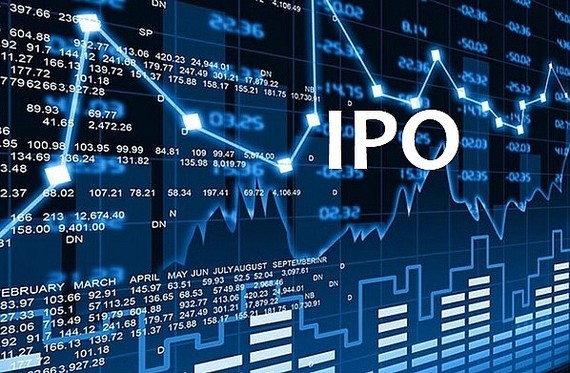 Loopholes in regulations
According to the Department of Corporate Finance under the Ministry of Finance, in 2021, only three enterprises belonging to Northern Food Corporation and Vietnam Coal-Mineral Industry Group are SOEs that have completed equitization, although not yet on the list of equitized SOEs approved by the Government. The number of SOEs that have not completed equitization as planned include 89 enterprises. Of these, localities still owe many large equitized enterprises such as thirteen enterprises in Hanoi, accounting for 14% of the plan, and thirty-eight enterprises in Ho Chi Minh City, accounting for 40% of the plan. In 2021 also, the National Assembly assigned the Government to collect VND40,000 bn from the equitization of SOEs, but the result only touched a mere VND2,000 bn.

During a seminar on SOEs equitization held in mid-May in Hanoi, the Ministry of Finance said that the results of SOEs equitization did not achieve the planned target approved by the Government due to many obstacles, including the most prominent issue of public land management, which has many loopholes in both regulations, law enforcement and application.

This delay is not due to the Government not giving directions, or the Ministry of Finance not urging it, but because the SOEs did not perform their duties properly. During the 2016 to 2020 phase, the Government issued 30 Decrees and 3 Resolutions, the Prime Minister signed and promulgated 5 Decisions, and the ministries issued 19 Circulars, all focused on mechanisms and policies on equitization, and divestment of capital in SOEs to suit the newly promulgated legal system. All of these speak of the determination of the entire apparatus.

However, the biggest bottleneck today is the valuation of land assets and conversion of use purposes after equitization. This is still the most difficult problem for both State management agencies and enterprises. Specifically, the enterprise value is not close to the market price, and after ten to twenty years the value of the enterprise is different which then creates a loss of state assets.

The mistakes and loopholes in land management of SOEs manifest in a variety of ways. For instance, there are provinces, cities, and businesses that lend public land to build a golf course for up to 48 years, although this is not in accordance with the provisions of the Land Law, or voluntarily sign gold land transfer contracts with very low price compared to the market price.

Through the transfer of ownership, there has been a state of underhand privatization of public land, through the transfer from business cooperation contracts, according to the ratio of capital contribution and profit-loss distribution, or the transfer of public land. The land is always transferred to private hands underhand, without publicity and without auction. As a result, the state budget loses thousands of billions of dongs at both central and local level.

Law of the land

Land is a huge and valuable public resource for the country's economic and social development. Mistakes in land management, including in the SOE sector, are common and last for many years. In the last five years alone, the conversion of land use purposes by SOEs saw many cases in which several state officials and business leaders have appeared in court. Some people intentionally violate the regulations, but many people are also prone to becoming unknowing victims.

This situation is being caused by inadequacy in our laws, from implementation to practice of land management. Therefore, to remove land problems in the equitization of SOEs, it is necessary to find a way to remove the rot at the top as well as do away with the rot at root level. This is to say that we must remove the existing obstacles in terms of policy regulations for land conversion. For instance, the National Assembly issued Resolution No. 60/2018/QH14 for prohibiting the conversion of land use purposes originating from the State to other purposes. However, by 2020, Decree 140/ND-CP was issued, which abolished Resolution No.60 but did not specify whether the conversion of land use purposes was possible or not. This caused confusion in many localities during the implementation stage.

Recently, there have been many suggestions directed towards the Government for the completion of the legal framework on the sale of shares to strategic investors. At the same time, the Government must consider thoroughly separating the state management function from the state ownership representative function.

One solution being proposed is also very interesting, which is the proposal to remove land from the SOEs equitization process. To do so, it is necessary to put into writing specific articles and provisions in the revised Land Law. It is expected that in 2023 the draft will be submitted to the National Assembly. Accordingly, when SOEs convert to equitization, they can only apply the land lease with annual rental payment and cannot change the land use purpose after equitization. In case the enterprise has no need to use the land, it will be returned to the State and will be compensated and supported in accordance with the law.

To prevent loss of land resources, the process of equitization and divestment of state capital in enterprises to achieve the planned goals should be associated with the continued improvement of the Land Law and other laws related to land use. In particular, the focus is on continuing to remove difficulties and obstacles in mechanisms and policies related to land auctions. The most important thing is to include the value of land use rights and land lease rights into the value of the enterprise when equitizing, returning the land to the correct value, and approaching the market price, instead of valuing in a vague way as done at present.