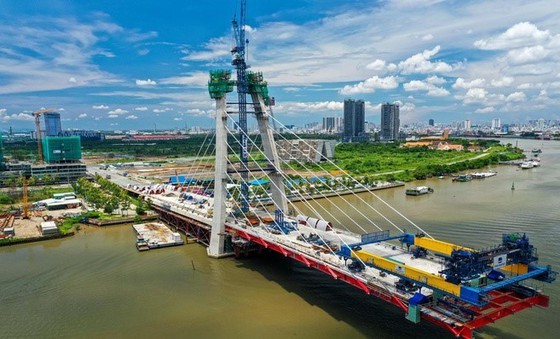 The Thu Thiem 2 Bridge project in HCM City, which will link District 1 with Thu Duc city. (Photo: SGGP)
Of the sum, the city’s budget is estimated at VND672.86 trillion, which will be earmarked for over 5,000 projects in line with the southern hub’s socio-economic development plan.
More than VND13 trillion is projected to come from the State budget.
Priority will be given to programmes fostering collective economy and cooperatives in the 2021-25 of the city.
The municipal People’s Council assigned the People’s Committee to keep a close eye and suggest the Prime Minister and centrally-run agencies consider and supplement the mid-term public investment plan in the period and the State budget, so as to help the city carry out the projects.
The Committee has requested reviewing the projects, especially new ones, in a bid to ensure effectiveness.