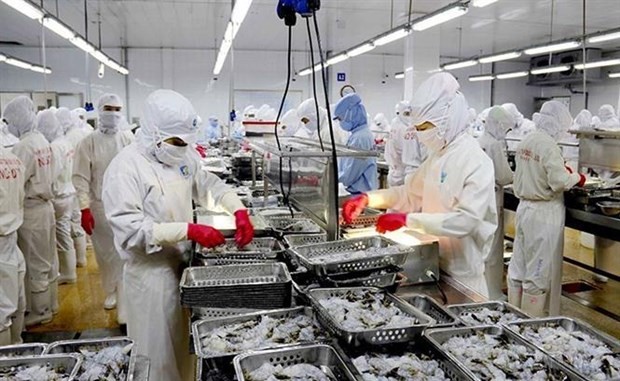 From 2015 – 2020, the province exported some 700,000 tonnes of aquatic products to earn nearly US$5.6 billion in revenue. It remained as one of the country’s leading exporters of shrimp and experienced robust growth of sea-based economy.
Its income per capita now stands at 2,277 USD per year, seven times higher than 25 years ago. The poverty rate plunged to 1.5% in 2022 from 30% in 1997.

The southernmost province has heavily invested in developing transport infrastructure, irrigation and electricity networks, and building schools and healthcare facilities, giving a major push to local socio-economic growth.
It has made considerable improvement in public administration reform as well as provincial governance, climbing eight places on the Public Administration Reform (PAR) Index rankings to the 41st place in 2020 and to the 31st position on the Provincial Governance and Public Administration Performance Index (PAPI) rankings, up nine spots, the same year.

According to Director of the provincial Department of Planning and Investment Phan Hoang Vu, the province currently houses more than 430 FDI projects with a total registered investment of more than US$5.6 billion.
It is also home to various national strategic projects, including wind power farms and the Ca Mau Gas-Power-Fertiliser Complex developed by the Vietnam Oil and Gas Group (PetroVietnam), which consists of two gas thermal power plants with total capacity of 1,500MW, one fertiliser plant and 3,252km of gas pipeline.