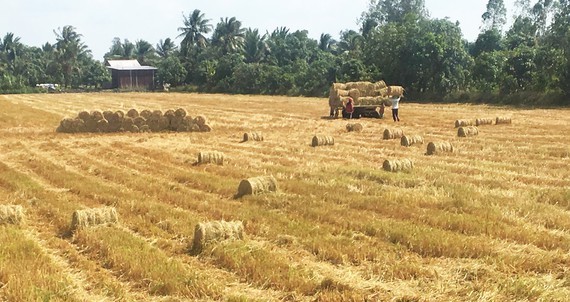 Farmers in the Mekong Delta enjoy high rice yields and high profits in the winter-spring rice crop of 2021. (Photo: SGGP)
Mr. Le Thanh Tung, Deputy Director of Department of Crop Production under MARD, said that farmers in the Mekong Delta had harvested more than 1 million hectares of winter-spring rice, accounting for more than 60 percent of the total rice-growing area, without being damaged by saltwater intrusion and drought, and the profits of rice farmers were above 45 percent.


According to the MARD, in the winter-spring rice crop, provinces in the Mekong Delta sowed over 1.51 million hectares of rice, down 27,210 hectares. Due to drought and saline intrusion, Tien Giang, Tra Vinh, Kien Giang, and Soc Trang provinces actively reduced the cultivation area. However, thanks to the application of many effective methods in production, rice productivity exceeded 7 tons per hectare, an increase of 0.2 tons per hectare, the highest in the past five years. Rice production is estimated at 10.7 million tons, up 144,000 tons compared to the last winter-spring rice crop.

Mr. Nguyen Ngoc He, Vice Chairman of the People's Committee of Can Tho City, said that the rice yield of the winter-spring crop in 2021 reached 7.6 tons per hectare. This is the year in which local farmers saw the best rice production and the highest yield. The farmer's profits were above 50 percent.

According to the Department of Crop Production, the proportion of farmers using high-quality seeds, providing for the high-end rice export segment is increasing. Accordingly, the fragrant and specialty rice groups accounted for 22 percent of the total rice-growing area, up 0.2 percent; the high-quality rice group accounted for 55.5 percent, up 1 percent compared to last winter-spring rice crop.

According to the MARD, in the summer-autumn rice crop of this year, Mekong Delta provinces will grow 1.52 million hectares of rice with estimated productivity at 5.62 tons per hectare and estimated output at 8.55 million tons of rice. Currently, farmers have sowed rice on 300,000 hectares. 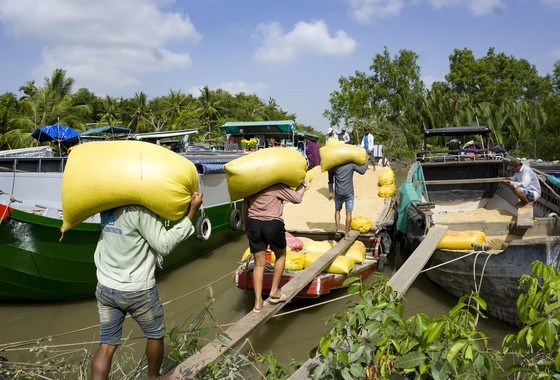 Besides, localities need to direct the units exploiting local irrigation works to monitor the weather changes, water sources inside and outside the sewer system, operate and regulate water according to the operating process, and ensure fair, rational, and efficient water distribution. The harvested rice cultivated areas need to get water to carry out desalination, preparing for the summer-autumn rice crop when the source of freshwater is stable.