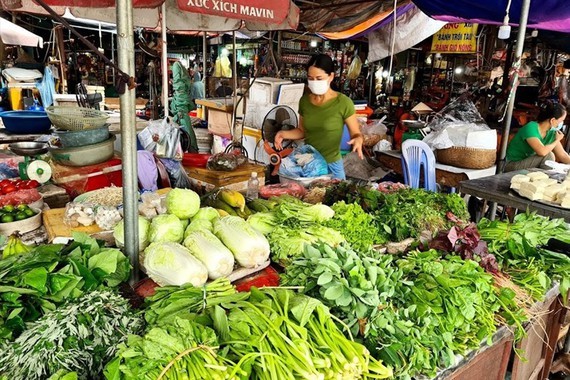 Restaurants and catering services increased by 0.67 percent, making the overall CPI gain by 0.22 percentage points in July. (Photo: SGGP)
This is a significant increase within a month as the food and foodstuff prices rocketed when some localities implemented social distancing to prevent the Covid-19 pandemic, making people concerned about a shortage of goods, so they increased stockpiling.

In the increase of 0.62 percent of CPI in July, seven groups of commodities and services posted surges, three posted decreases, and one kept stable prices. Transportation had the highest growth with 2.36 percent, causing the overall CPI to increase by 0.23 percentage points due to the impact of three adjustments in petrol and oil prices.

Affected by the Covid-19 pandemic, culture, entertainment, and tourism slid 0.1 percent; prices of hotels and guest houses sank by 0.41 percent; besides, prices of ornamental plants and flowers plunged by 0.53 percent due to favorable weather. Post and telecommunications slipped 0.05 percent as the price of mobile phones decreased by 0.12 percent, and smartphone accessories and tablets fell by 1.77 percent. Garments, hats, and footwear retreated by 0.03 percent. Meanwhile, the group of other goods and services remained unchanged.