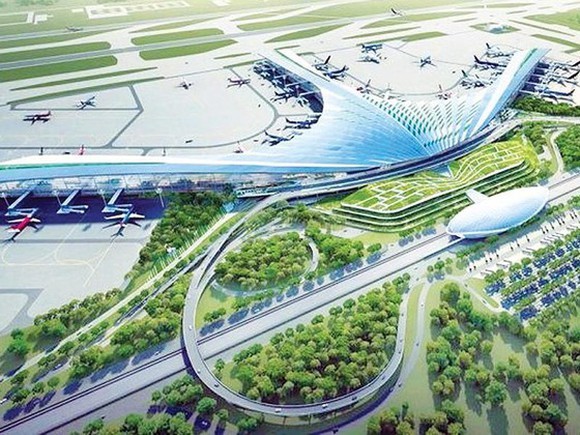 Design of Long Thanh International Airport
They are large-scale infrastructure works with the most complex technology ever built by the Vietnam Air Traffic Management Corporation (VATM).
The component project has a total investment of nearly VND3.5 trillion (US$147.3 million). Its works include an air traffic control tower and supporting items, primary/secondary surveillance radar stations and VHF radio base stations, weather surveillance radar, and automated weather observing system (AWOS).
Covering a total area of more than 5,580 hectares, the Long Thanh International Airport will spread across six communes in Long Thanh district in Dong Nai province. The airport’s total investment is VND336.63 trillion, with construction divided into three phases.
In the first phase, a runway and one passenger terminal along with other supporting facilities will be built at a cost of VND109.112 trillion to serve 25 million passengers and 1.2 million tonnes of cargo each year.
The project started in 2021. Once fully completed by 2050, the airport will be able to handle 100 million passengers and 5 million tonnes of cargo annually.
Located 40km to the east of Ho Chi Minh City, the airport is expected to relieve overloading at Tan Son Nhat international airport in the southern metropolis, now the country’s largest airport.