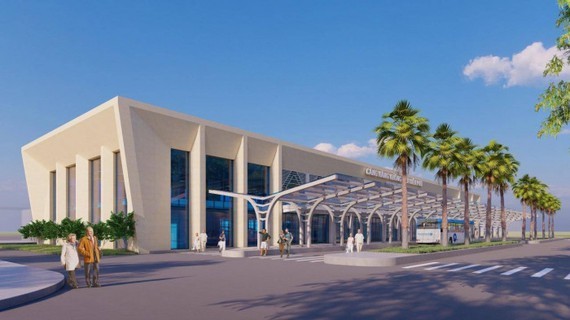 Design of Dien Bien Airport
The project which is estimated to cost VND1,467 billion (US$64.5 million) is expected to finish in the third quarter of 2023 marking 70 years of Dien Bien Phu victory.

Speaking at the groundbreaking ceremony, Deputy PM Le Van Thanh stressed that the construction and expansion of Dien Bien Airport is a significant event for the Party, Government and people of Dien Bien Province, contributing to the strengthening connection with the mountainous northwestern part of the country, creating a driving force for the socioeconomic developing and jobs for people as well as improving residents’ quality of life. 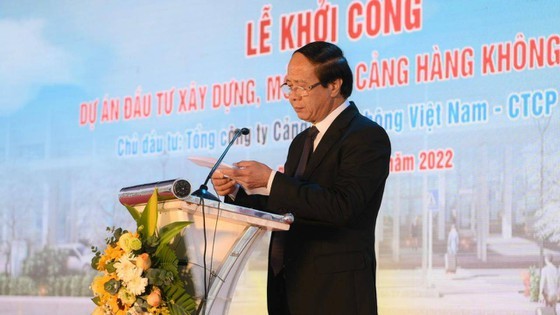 Deputy PM Le Van Thanh speaks at the event.
Dien Bien Airport is expected to attract businesses specialized in tourism, trade and service sectors promoting cultural characteristics of ethnic minority groups in the northern mountainous provinces, especially the Dien Bien Phu Battlefield Relics Complex.
According to the project’s investor, the Civil Aviation Authority of Vietnam (CAAV), the works include the building of new runway to receive large aircraft such as Airbus A320s and A321s and those with equivalent sizes; an upgrade the existing terminal to meet the capacity of 500,000 passengers per year and other supplementary works.