At the ground-breaking ceremony of the Dien Chau-Bai Vot section of the North-South Expressway (Photo: SGGP)
The 50-kilometre section will have four lanes in its first phase, and comprise an 1.1km-long tunnel and a 4-kilometre long bridge.
With a total cost of over VND11.15 trillion (US$482.5 million), this is the section with the biggest investment among the 11 sections of the North-South Expressway. Of the total, VND6.06 trillion (US$261.7 million) will come from the State capital, while the rest will be secured from investors.
A BOT contract was signed for the project on May 13. The expressway section is scheduled for completion in three years, with the tolling period estimated at 16 years and six months.
Addressing the ground-breaking ceremony, Deputy Minister of Transport Nguyen Nhat asked the investors to mobilise resources to ensure that it will complete in the first quarter of 2023.
The official asked Nghe An and Ha Tinh provinces to promptly complete ground clearance and resettlement work.
He said that in the coming time, the ministry will launch the construction of two other sections, namely Nha Trang-Cam Lam and Cam Lam-Vinh Hao of the North-South Expressway. 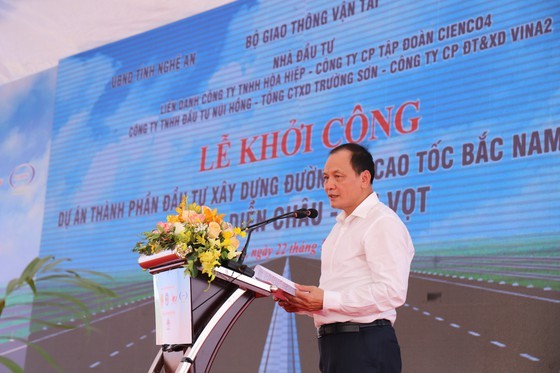 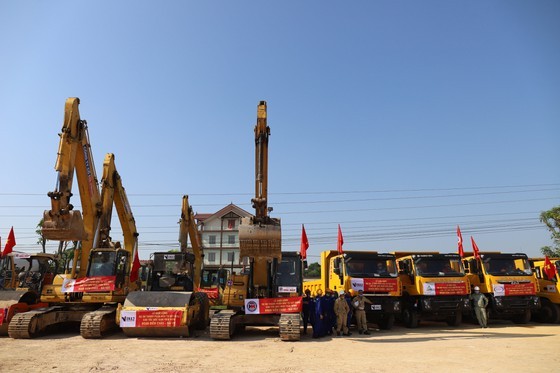 At the ground-breaking ceremony (Photo: SGGP)