The suggested airfields include Dong Hoi, Rach Gia, Ca Mau, Sa Pa, Lai Chau and Quang Tri. Of which, the plan for the expansion of Dong Hoi Airport in the central province of Quang Binh is expected to be implemented from 2021-2025 with the total capital of VND2,320 billion (over US$100 million).

Besides the airport construction projects, investors could participate in projects providing aviation services at the airports under management of CAAV.
The People’s Committee of Quang Binh Province and Airports Corporation of Vietnam (ACV) have agreed to develop the project including works of terminal T2, aprons, runways and taxiways.
Dong Hoi Airport received more than 600,000 passengers in 2019, exceeding the design capacity of 500,000 arrivals. The airport was rebuilt in 2006 on an area of over 170 hectares and put into operation in 2008. After the upgrade is finished, Dong Hoi Airport will become one of the largest airports in the Central region, including Cam Ranh and Da Nang and receive millions of travelers coming to Quang Binh every year and direct flights from Thailand, Malaysia, South Korea, Hong Kong (China). 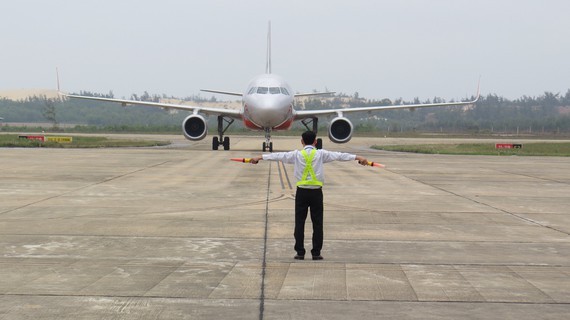 The current airport of Dong Hoi