From January to the end of May, nearly 60,000 businesses around the country closed. As many as 31,800 of them closed temporarily, while the rest were dissolved or are in the process of dissolution.

Many others are struggling with rising production costs. 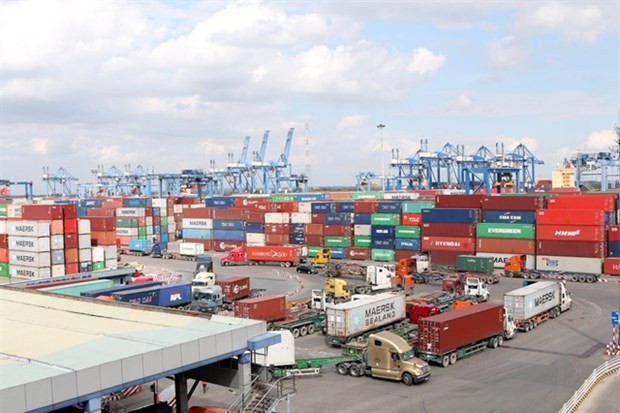 A seaport in HCMC. Many businesses around the country and in HCM City are struggling with rising costs, with tens of thousands of businesses being forced to close down (Photo: VNA)

Ly Kim Chi, chairwoman of the Food and Foodstuff Association of Ho Chi Minh City, said that since the start of the year businesses have been struggling with rising costs for raw ingredients such as condiments, rice and seafood.
Production materials and items like packaging and rubber gloves have also risen in cost.

Do Van Khuol, supply director of the Saigon Food Company, said that Covid-19 was driving up the cost of imported ingredients, and prices could rise by 10-25 percent in the third and fourth quarters.

Last month the Vietnam Association of Seafood Exporters and Producers called for HCMC to delay its plan to charge extra fees for using seaport infrastructure works and utilities.

The city planned to begin doing this from July 1 to raise funds to upgrade seaport infrastructure.

The association proposed delaying that plan until at least 2022.

If the plan begins in July, businesses will face a serious financial burden on top of existing problems such as rising sea transportation costs and falling purchase demands, according to the association.

Although HCMC’s seaports play a key logistical role in transportation within the southern region and the Mekong Delta, traffic infrastructure for the seaports is still underdeveloped, leading to frequent congestion and high logistics costs.

Chi said that the next few months will see businesses importing a high volume of raw ingredients.

Businesses have asked that the proposed seaport fees be lowered so they can recover and improve competitiveness more easily, she added.

Businesses are also asking the Ministry of Industry and Trade to facilitate cooperation between them and e-commerce platforms to boost their business activities.