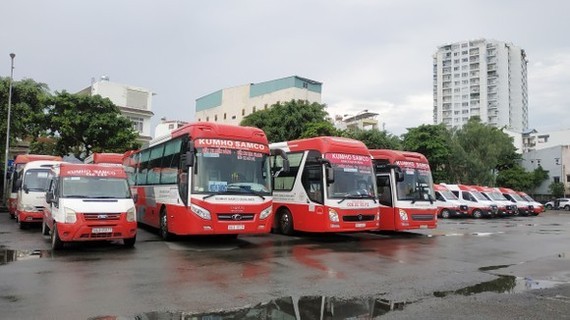 Specifically, the rail company offered a discount of 3 percent on seating class and 5 percent on sleeper class for all routes. After pupils and students return to school, the rail fares will continue to decrease further.

Meanwhile, bus fares have not changed much. A representative of Grab said the company had been striving to keep the price to continue to monitor the market. According to a representative of Mien Tay Bus Station, four transport enterprises have applied for a discount of 6-12 percent, including Kumho Samco Buslines Transport Company, Hoa Mai Transport Travel Service Company, Toan Thang Transport Company Limited, which operates on the Ho Chi Minh City - Vung Tau route, and the Rach Gia Branch Cooperative, which operates on the HCMC - Kien Giang route. Similarly, a representative of Mien Dong Bus Station said he had recently received a proposal to adjust bus fares from Hong Son Transport Enterprise, which transports passengers on the HCMC - Tuy Hoa route, reducing VND10,000 per ticket. However, these passenger transport companies have registered to lower their fares from August 2. So far, no other transport enterprises have submitted to decrease their bus fares.

The leader of the Department of Transport of HCMC said that local taxi companies have been considering adjusting the fare to suit the actual situation. If the transport enterprises increase or decrease their ticket prices by less than 3 percent, they do not have to report to the department. If the adjustment is above 3 percent, they must report to the department and receive approval before changing their fares.

On the same day, representatives of some airlines, namely Vietnam Airlines, Pacific Airlines, and Vietravel Airlines, said that there are many promotions and discounts for customers from then until the end of the year. For example, flights departing from HCMC to Hanoi and Da Nang, and vice versa, will cost from VND109,000 to VND380,000 per way, excluding taxes and fees. Besides, airlines have also launched more promotions on Tuesday, Wednesday, and Thursday every week. Customers can hunt for promotions from websites specializing in online air ticket booking or the airline's websites. The representative of Vietnam Airlines recommends that to save on ticket booking fees, passengers should plan their trip early and book tickets before the departure date as soon as possible.