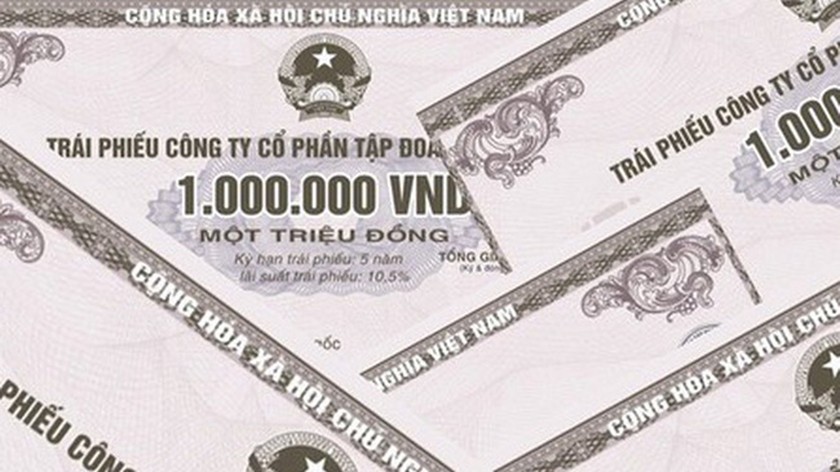 Illustrative image
According to MB Securities, over VND183.5 trillion (US$7.8 billion) of corporate bonds were issued in the first six months of the year, down 10 percent year-on-year. Of which, just VND5.3 trillion went to investors through public offerings.

Among the largest issuers, the banking sector took the lead with a total six-month issue of VND90.1 trillion and a WAM of 3.76 years. Of which, banks offered VND80.7 trillion worth of bonds in Q2 alone.

The realty sector came next with about VND10.8 trillion in Q2. The figure paled in comparison with its total issues in early 2022, which hit VND44.5 trillion and had a WAM of 2.45 years.

Other sectors made up VND48.8 trillion of the total corporate bond on sale in the first half of 2022. Notably, construction firms offered VND17 trillion with a WAM of 2.27 years.

FinnPro's data showed that about VND2.8 trillion of corporate bonds were issued in the first half of August and the banking sector remained the largest issuer.

Vietcombank took the biggest share of the pie with VND1.5 trillion, followed by Agribank with VND600 billion and ACB with VND300 billion.

VietinBank and VietCapital Bank also got in on the act with VND50 billion and VND60 billion, respectively.

Most issuers employed private placement to raise bond money since public offerings require high costs and high standards. For that reason, the latter involves banks only.

Banks had to raise the proceeds, he believed, to consolidate their financial ratios and deepen financial buffers amid a period of mounting credits that outpace their equity.

Another reason for banks overwhelming the bond market is that loan restructuring specified by Circulars No.01, No.03 and No.14 has caused some cash flows to not return to banks in the short term.

Banks had no other choice but to issue bonds to make up for the late-returned cash flows.

The State Securities Commission has recently announced that issuers, which are not public companies, will issue privately-placed bonds under the guidance of the Law on Enterprise and Decree No.153.

That means they are held responsible for their own issuance and no pre-issue registrations, approvals or official notifications are required.

The commission also stressed that only professional investors are eligible to purchase privately-placed bonds and the investors take responsibility for their own investing decisions.