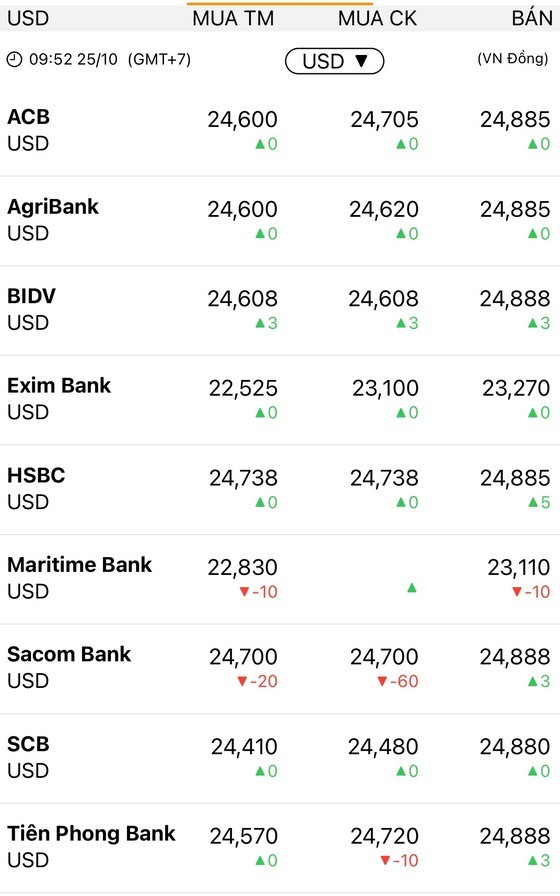 Many commercial banks increased the US dollar selling price by a maximum of 5 percent on October 25. (Photo: SGGP)
On October 25, the SBV continued to increase the reference exchange rate by VND3 dong compared to the previous day, to VND23,703 per US dollar. It is the 13th consecutive rising session of the reference exchange rate, with a total increase of VND286, or more than 1.2 percent. During the day, the SBV kept the US dollar selling price at the SBV Operation Center at VND24,870 per dollar and did not list the buying price.

At foreign currency exchange agencies, the US dollar price also increased by about VND80 per dollar compared to the previous day to trade at VND25,200 for buying and VND25,300 for selling at around 3 p.m. At the current price, the US dollars on the free market have climbed by VND1,700-1,800 compared to the end of 2021, equivalent to an increase of about 7.6 percent.