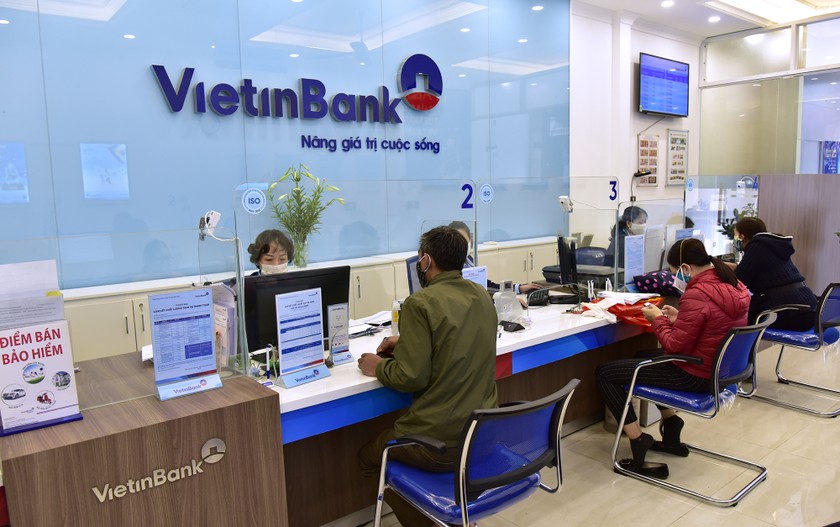 VietinBank surpasses BIDV to become the bank with the largest charter capital in the banking system. (Photo: SGGP)
Since the beginning of the year, more than 20 banks have raced to raise their charter capital in many forms. As of September 30, VietinBank was the leading bank in terms of charter capital, with over VND48 trillion (over US$2.11 billion).

Banks have been requested to ensure the capital adequacy ratio (CAR) in line with Basel II standards as prescribed in Circular No.41/2016/TT-NHNN no later than January 1, 2023. So far, 16 out of 35 banks have met this requirement.

After the first nine months of 2021, VietinBank surpassed BIDV to become the bank with the largest charter capital in the banking system. VietinBank has a bigger ambition to lift its charter capital to over VND54.1 trillion by the end of the year.

VPBank ranked second when this bank completed the issuance of shares to increase its charter capital by over VND19.75 trillion to VND45 trillion.

However, the ranking of banks is likely to continue to change when recently Vietcombank's Board of Directors approved to increase charter capital in accordance with its approved plan. The bank is expected to add over VND10.2 trillion to its charter capital, raising the total to more than VND47.32 trillion. This is Vietcombank's first issuance of shares for dividend payout since 2011.

Previously, in mid-September 2021, the Prime Minister approved a plan to pump an additional VND7.6 trillion into Vietcombank to maintain the State ownership ratio. If the capital increase is successful, Vietcombank will take the top position in the domestic banking system.

A number of banks with other big capital increase plans in 2021 include BIDV, ABBank, Sacombank, VIB, SCB, OCB, ACB and HDBank.

According to the Hong Kong Shanghai Banking Corporation (HSBC)’s report, the CAR of some Vietnamese State-owned banks remains low. Therefore, Vietnam needs to proceed with refinancing plans and accelerate the application of Basel II requirements, which have been delayed from 2020 to early 2023.