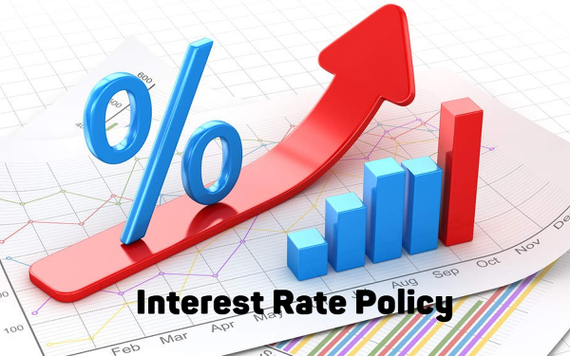 Illustrative photo
On the other hand, the stock market in Vietnam has gone through a rather calm phase when the VN Index grew only slightly in August and entered a period of slack information.

During the last trading session on September 7, the stock market witnessed a day when the VN Index plunged 2.7%, wiping out nearly half of gains made in August. The market reacted quite negatively to new pressures from fluctuation in currency and domestic interest rate when credit stress in the banking system showed signs of increasing.

Banking stocks were one of the factors that caused the stock market to plunge sharply. A series of banking stocks from large to small evaporated from 3% to nearly 6% in value. These included BID of BIDV Commercial Joint Stock Bank, SHB of Saigon-Hanoi Bank, NVB of National Bank, SGB of the Saigon Industry and Trade, VPB of Vietnam Prosperity Bank, and VCB of Foreign Trade Bank. According to statistics, the five most influential stocks are VCB, BID, VPB, CTG, and TCB, which caused the VN Index to lose nearly 10 points out of a total of more than 34 points. On September 7, out of a total of 27 banking stocks being traded on the stock exchange, 25 stocks fell, with 18 shares falling 2% or more.

The very negative reaction from the banking sector is not coincidental. Because before the stock market corrected sharply, there were signs of risks in the money market. Specifically, the overnight interest rate on the interbank market on September 6 suddenly increased sharply to 5.71% per year, the highest since 2016. The three-month term interest rate even reached 6.13 % per year. The spike in interbank interest rates represents an increase in mutual borrowing demand and is a manifestation of liquidity stress in the system.

The reason for the lack of short-term liquidity is related to the sharp increase in the exchange rate between the US dollar and the Vietnam dong. The US dollar has increased continuously since the end of January 2022. From the beginning of June to  September 6, the selling price at Vietcombank was about VND23,340 per US dollar to VND23,680 per US dollar, equivalent to an increase of about 1.5% compared to the beginning of February 2022. On the other hand, the selling rate of the State Bank of Vietnam only increased once from VND23,250 to VND23,400. This level maintained continuously from the beginning of July 2022. Exchange rate pressure has forced the State Bank of Vietnam to sell foreign currencies to stabilize. In addition, the withdrawal of the Vietnam dong through the open market has put strain on liquidity.

The State Bank of Vietnam sharply increased the selling price of the US dollar on the afternoon of September 7 to VND23,700 per US dollar. This move reduces the pressure to intervene to stabilize or reduce withdrawal of the Vietnam dong. However, the uptrend of the US dollar continues globally under the pressure of the very fast interest rate hike by the FED. According to statistics of the Viet Capital Securities Company, the US dollar Index has increased by 15.3% compared to the end of 2021, and the currencies of Vietnam's trading partners have lost a lot of value such as CNY is down 8.9%, EUR is down 12.8%, JPY is down 20.1%, while VND only decreased by 3.4%.

Currently, the whole world is looking forward to the September meeting of the FED which is expected to be held around 20 September. There is a possibility of another increase of 0.75 percentage points at the meeting. Therefore, the move of the State Bank of Vietnam to increase the exchange rate over the weekend may be an early step.

The session dropped sharply when the market reacted to new pressures in the money market and the interest rates were not surprising. This is because the risk of ending the global cheap money cycle has been raised for a long time, along with the trend of very fast and strong interest rate hikes of central banks, especially the FED. However, Vietnam's stock market still had a positive uptrend from mid-July to early September. Accordingly, the market reacted positively to business results of the second quarter of 2022, but that is not a strong enough motivation to escape the influence of the global monetary tightening trend.

On September 7, the liquidity stress in the banking system, the rising exchange rate, and the pressure to raise deposit interest rates of banks were forgotten. It was after a positive bullish wave, that many stocks increased by 20% to 30%, so the market needed a reason to change. In particular, September is expected to be even more confusing when the US inflation data is likely to put pressure on the FED to sharply increase the basic interest rate which will affect exchange rates and global interest rates.

Banking stocks account for a large portion of Vietnam's stock market and the above stress will have a direct impact. The general credit room for the whole system remains at 14%, which means that even if they adjust, banks cannot increase credit sharply in the last months of the year. The market discount on new risks during the period from now till the end of September is favorable for stock revaluation after good growth.