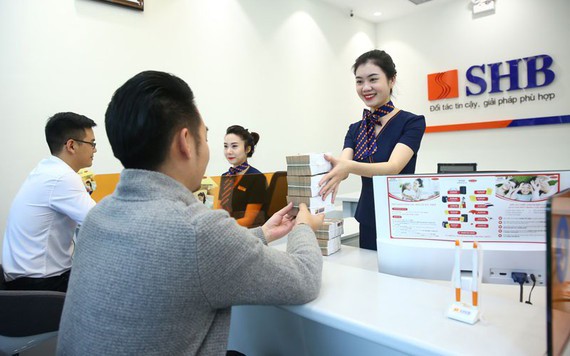 Previously, the General Meeting of Shareholders approved the ownership rate of foreign strategic investors not to exceed 20 percent of charter capital. At the same time, SHB also fixed the foreign ownership rate of 10 percent at the Vietnam Securities Depository (VSD).

This helps the bank to find and select foreign strategic investors with suitable capacity, providing the best benefits to shareholders, customers and the bank itself, according to a representative of SHB.

VSD has also just announced SeABank (SSB) will raise the foreign ownership rate to the maximum, from zero percent to 5 percent. The bank also announced that it would not issue shares in the form of private offering to domestic and foreign institutional and individual investors, but issuing to existing shareholders instead.

However, observing the market, regarding locking or opening the room, very few banks raised the room to the maximum but kept it under that level.

Experts explain that when foreign investors buy and sell outstanding shares just to take profit, this source of capital is only short-term. Not to mention, expanding the rate to the highest level causes the room to gradually dry up, thereby affecting the mobilization plan.

The main capital mobilization goal of banks is to supplement, increase medium and long-term capital, serve growth plans and strategies according to the set roadmap, as well as help improve the working safety ratio.

Mr. Can Van Luc, chief economist of the Bank for Investment and Development of Vietnam (BIDV), said that the pressure to increase capital of the banking industry remained high this year.

Within the last 10 years, the average growth rate of total assets of the banking system was 10 - 12 percent per year, outstanding credit also increased 14 percent per year on average.

In addition, banks must ensure a minimum CAR under the risk management standards of Basel II. Reputable rating agencies will base on that to assess credit ratings, which help raise the attractiveness in the industry.

On the foreign investors front, they still show interest in the banking industry even though banks have not opened room to the highest level or have locked the room below the allowed level of 30 percent, but maintaining profitable growth and good asset quality.

Guotai Junan Securities Viet said that it was undeniable that the banking industry would be affected by the ongoing fourth Covid-19 outbreak, causing credit growth in the third quarter of 2021 to somewhat slow down, but in the long term, when industrial production, export, trade and tourism recover, it would create a driving force to stimulate the growth of the entire banking industry.

In the August 2021 review of the World Bank (WB) with the theme "Digital Vietnam: The path to Tomorrow”, it lowered the forecast for Vietnam's economic growth to about 4.8 percent in 2021.

Nevertheless, Rahul Kitchlu, the World Bank Acting Country Director for Vietnam, said: "Although downside risks have increased, the fundamentals of Vietnam's economy remain intact and the economy is likely to return to pre-pandemic GDP growth rates of 6.5-7 percent from 2022 onwards."

Previously, Vietnam was the only country in the world that all three credit rating agencies including Moody's, Standard & Poor's (S&P) and Fitch simultaneously raised the outlook to "positive."

This is the highlight that attracts the attention and expectation of foreign investors to foreign ownership in banks.

Especially, for credit institutions and banks, when the Vietnam-EU Free Trade Agreement (EVFTA) comes into effect, these organizations’ ownership rate will be raised to 49 percent of their charter capital in two joint-stock commercial banks of Vietnam as committed within five years.

The four State-owned joint-stock commercial banks that are not under the commitment include BIDV, Vietinbank, Vietcombank and Agribank.