Businesses and individuals raising swiftlets on the islands have pushed up research and application of science and technology advances to deal with many problems arising from climate change. Such high technologies as artificial hatching egg swiftlets or farming nestlings have been applied.

The farming swiftlets for their edible bird’s nest have been booming throughout the country in recent years.

The nests are considered to have a high nutritional and medicinal value to promote good health, according to traditional Chinese medicine.

There are two types of swiftlets in Vietnam, house-farmed and natural ones.

However, both of them require technical intervention from human to improve the living environment, increasing the species’ productivity and making nests. 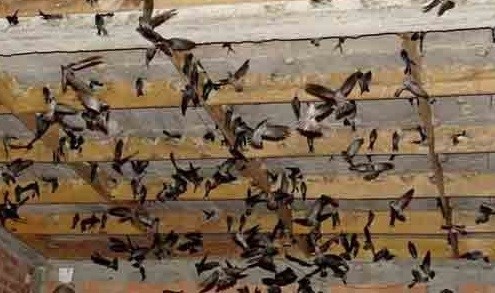 According to scientists, the potential for the development of swiftlet farming in Vietnam is high. The country has a coastline of over 3,440 km with nearly 4,000 islands which are advantages for the development of the species.
Farming swiftlets for their edible nests with commercial purpose have flourished over the past ten years. In Vietnam, swiftlets are raised in more than 40 provinces and cities, mostly in the Mekong River Delta.

In south-central Khanh Hoa province, the edible bird’s nest has been famous for a long time and built into a national brand. It has the largest output of bird’s nest and the best quality in the country.

According to Dao Tu Xuyen, former director of Phu Yen province’s Department of Science and Technology, although the potential and prospect of developing bird's nest farming in Vietnam is very big, due investment hasn’t been poured into scientific and technological research.

Nguyen Van Trong, deputy director of the Department of Livestock Production under the Ministry of Agriculture and Rural Development, agreed, saying there should be close coordination between research institutes, domestic and foreign universities, organisations and individuals on swiftlet farming to promote research and the application of scientific and technological advances.

In addition, it is necessary to apply modern technology with ecological environmental protection as well as protecting intellectual property rights of individuals and organisations on the achievement of scientific research on swiftlet farming, he said.