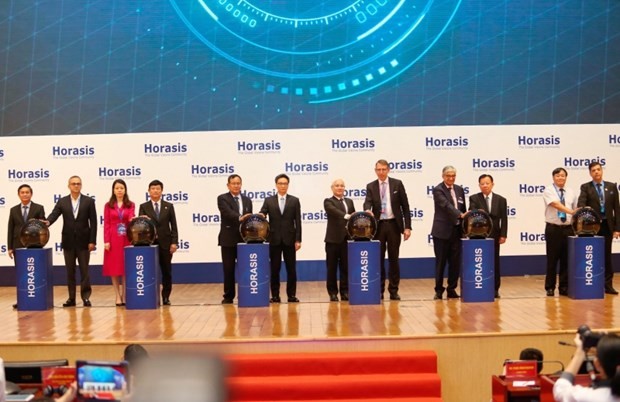 The opening ceremony was attended by Deputy Prime Minister Vu Duc Dam, Minister of State at the Indian Foreign Ministry Rajkumar Ranjan Singh, leaders of Horasis, and delegates from the Confederation of Indian Industry (CII), and Vietnamese ministries and localities.
The meeting comprises six plenary sessions and 26 discussion ones, with the engagement of 700 delegates who are expected to discuss common concerns such as global transition, economic development issues arising during the digital transformation process, artificial intelligence and smart energy.

Speaking at the opening ceremony, Deputy PM Dam stressed that the Vietnamese government has a consistent stance of considering the foreign-invested sector as an important component of the economy.

The success of investors is also the success of Vietnam, that contributes to promoting multilateralism and international solidarity for a world of peace, stability, cooperation and development, in which no one is left behind.

He showed his belief that this meeting will offer a chance for the parties to share their vision, seek opportunities and strengthen cooperation.

Rajkumar Ranjan Singh said that India is open in its investment in and cooperation with Vietnam in general and Binh Duong province in particular.

He appreciated the socio-economic achievements gained by the southern province in recent years, believing that with its available conditions, Binh Duong is a good destination for Indian investors and has potential to develop further.