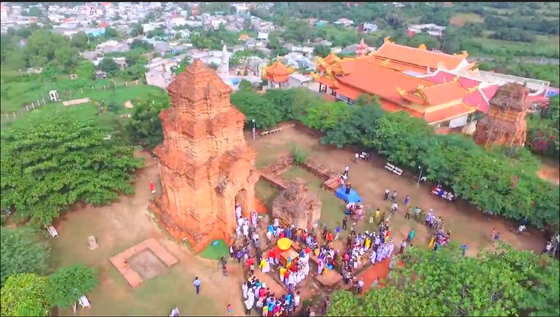 Major events will be 13 national-scale programs that will be organized by the Ministry of Culture, Sports and Tourism, departments and agencies, such as an international photography festival, exhibitions and seminars.

Binh Thuan Province will host a series of 31 cultural, sports and tourism activities, including an international golf tournament, a cycling race, and the golden week of Binh Thuan tourism.

Meanwhile, around 164 other events will take place in 41 provinces and cities throughout the country. The opening ceremony of the 2023 National Tourism Year is expected to be held next March.

Speaking at a press conference, which was held in Hanoi on November 23, Deputy Minister of Culture, Sports and Tourism Doan Van Viet said Binh Thuan Province has a coastline of 192km, with various beautiful landscapes, historical sites and traditional festivals, such as Dinh Thay Thim Festival, Cham ethnic group’s Kate Festival, Nghinh Ong (Whale Worshiping) Festival. The province has a great advantage to develop many types of tourism, such as adventure tourism, sports tourism, recreational tourism and more.

Binh Thuan is also a gateway for economic, cultural and social exchanges with localities in the Southeastern, Southern Central and Central Highlands regions, and an intersection connecting with major tourism centers of Nha Trang, Da Lat, HCMC and Ba Ria-Vung Tau.

Deputy Chairman of the provincial People’s Committee Nguyen Minh said that Binh Thuan has resumed domestic and international tourism activities and received many groups of foreign visitors. The province plans to coordinate with other provinces and cities to create favorable conditions for tourists visiting the resort town. The province will also establish an interdisciplinary inspection team to monitor tourism and service units and strictly handle violations.