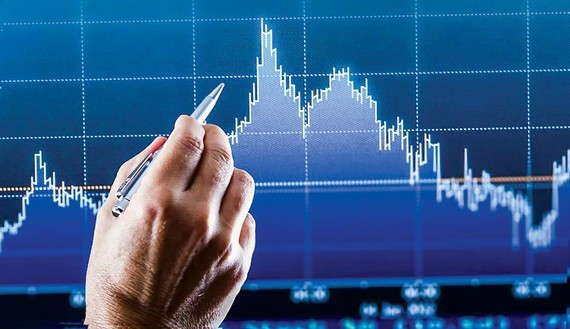 According to statistics, the credit of the banking system increased by 8 percent from the beginning of the year to May 31, while it climbed by 5 percent during the first five months of 2021, showing a strong rise in credit demand to serve the resumption of business activities after the pandemic. Three listed State-owned commercial banks, BID (BIDV), VCB (Vietcombank), and CTG (VietinBank), accounting for 33.5 percent of the domestic lending market share, recorded an increase of 6.7 percent in credit from the beginning of the year. In general, the total outstanding loans of 15 listed banks accounted for 62 percent of system credit.

It is forecasted that the credit growth of the banking industry will continue to accelerate and reach at least 14 percent in 2022, thanks to three factors, including strong recovery in production and business activities, low lending interest rates to stimulate loan demand of homebuyers, and higher disbursement rate of public investment.

Since Vietnam reopened its economy in October 2021, along with the government's current support packages and low lending rates, it has urged enterprises to recover and boost credit growth. The business activities of banks have seen positive changes since the first quarter of 2022. Total net interest income (NII) of 15 listed banks increased by 18 percent compared to the same period in 2021, thanks to loan growth of 18.9 percent, and net interest margin (NIM) remained at 4.17 percent.

Notably, total non-interest income increased by 50.3 percent as VPB (VPBank) recorded a one-time profit from an exclusive insurance transaction. In terms of costs, the average cost-to-income ratio (CIR) decreased from 36 percent to 33.8 percent, while provision expenses merely edged up 14.7 percent. Thanks to this result, the net profit of banks surged by 29 percent.

One of the factors that investors are most interested in if they want to disburse into this stock group is asset quality. According to an analysis by VNDirect Securities (VND), the asset quality of banks has been somewhat affected by the impacts of the Covid-19 pandemic, in which the Non-Performing Loan ratio (NPL) increased while the Loan Loss Reserve ratio (LLR) decreased slightly compared to the end of the fourth quarter of 2021.

According to analysts, bad debt is likely to increase in the coming months when Circular No.14 expired at the end of June. According to the State Bank of Vietnam, the NPL ratio on the balance sheet could reach 7.3 percent if restructuring loans and bad debts sold to VAMC are included, equivalent to the level of bad debt in the 2016-2017 period.

However, the asset quality of banks at the moment has improved significantly compared to the 2016-2017 period. Banks have made provisions to avoid the possibility that bad debts will increase highly, and at the same time, LLR had reached the highest level in history at most banks by the end of 2021. On the other hand, banks have also made a relatively sufficient provision for restructuring debts instead of the level of 30 percent as prescribed.

Thanks to firm asset quality and a strong provision buffer, banks will be able to minimize the risk of increasing bad debt in the near future. In addition, banks have been striving to increase the capital adequacy ratio (CAR), which is reflected in the improvement of CAR in the first months of 2022. In fact, raising capital is always a top priority of banks in 2022, especially commercial banks with State capital, to increase CAR, heading towards the roadmap to apply Basel III.

The banking industry has faced difficulties due to concerns about inflation, with NIM shrinking and NPLs increasing rapidly after Circular No.14 ended at the end of June. Moreover, the cautious sentiment towards banking stocks has become more serious due to the overreaction of investors when the Government has made moves to manage and supervise the capital market, even though it will help improve the transparency and sustainability of the market in the long term.

However, according to VND, these events will not cause serious consequences, so banks can overcome all risks in asset quality, thanks to their large buffers and strict control on disbursement into the high-risk real estate segment.

Especially, the recent massive sell-off has sent the valuation of banks to an extremely attractive level. According to statistics, the banking industry is trading at an average forward P/BV of 1.46x in 2022. This figure is two times much lower than the three-year average P/BV, although the overall profit of the industry is estimated to still have strong growth and high ROE profitability, which indicates an extremely attractive valuation for the industry.

The banking industry also receives higher expectations when the economy will accelerate in 2022, thanks to robust export growth, recovery in demand, and support from fiscal policies. At that time, banking stocks will become a typical investment choice in the context of the economy recovering from the pandemic. Even though NIM is unlikely to continue to improve due to higher deposit interest rates, banks can still maintain good profit growth.

It is estimated that the NIM of the banking industry will increase by about 29.4 percent over the same period, or 25.6 percent if excluding the extraordinary income from the insurance segment of VPB. This forecast is based on strong profitability at 22 percent, driven by steady credit growth, rapidly growing fee income, and well-controlled credit costs.