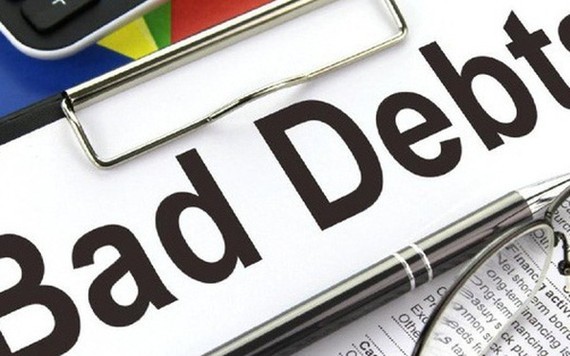 The rise in bad debts in the post-pandemic period is still not under control but has now been offset by recent adverse market movements. It seems that the pressure on banks to handle bad debts will become heavier when the loans cannot be returned.

According to the State Bank of Vietnam, all credit institutions have handled VND 380,200 bln of bad debts as required under Resolution 42, since 15 August 2017 until 31 December 2021. This figure only accounts for 47.9 percent of the total identified bad debts. In recent years, after making provisions for bad debts, commercial banks have continuously offered collaterals in a bid to recover capital, even though many properties are greatly discounted, but still have no buyers. The quality of loans in the third quarter financial statements of many banks shows signs of deterioration, and the debts group is likely to lose capital sharply.

At the end of September, OCB's on-balance sheet bad debts ratio had reached 2.5 percent compared to only 1.3 percent at the beginning of the year. In absolute terms, subprime debts of Group 3 are at nearly VND 524 bln, up 60 percent. Doubtful debts of Group 4 are nearly VND 578 bln, an increase of more than 99 percent. Debts likely to lose capital in Group 5 increased by 131 percent compared to the beginning of the year to nearly VND 1,700 bln.

Starting in 2022, the State Bank of Vietnam has allowed credit institutions to restructure debts repayment terms, also exempt and reduce interest rate and fees, and maintain the same debts group to support customers affected by the Covid-19 pandemic. With this measure, debts that were previously in Group 2 or Group 3 will not be changed when the above regulation takes effect. However, the circular on rescheduling debts repayment after being extended many times expired at the end of June, after three years. Therefore, when terminating the repayment terms, the debts of Group 2 and Group 3, if overdue for more than 360 days, will immediately jump to Group 5, leading to another increase.

The total profit before tax of 28 banks that published financial statements reached VND 192,500 bln, up 39 percent over the same period in 2021. Compared to other businesses, banks are still considered bright stars in business groups. However, this is true only for the top banks. In contrast, the group of small and medium-sized banks are having difficulty in fulfilling their profit plan because they have to set up provisions for bad receivable debts.

Bad debts became worse after stopping the rescheduling of debts repayment terms according to the regulations of the State Bank of Vietnam. But the pressure hasn't stopped. According to a group of market analysts, the Government recently issued Decree 65/2022/ND-CP with stricter regulations on bond investors, bond issuers, as well as other stakeholders. Along with that, the bank deposit interest rate also increased to compete with corporate bonds. The State Bank of Vietnam is implementing a tighter monetary policy, and rising interest rates and the real estate market are also facing difficulties, which may affect the solvency of borrowers, thereby possibly causing a recession which will reduce the assets at banks.

The forecast recently released by SSI Research stated that the growth rate of some banks will slow down in the last quarter of the year. In addition to the main reason due to the decline in NIM, the profit of this industry has slowed down, and it was also due to the need to increase provisioning to face an increase in bad debts in the fourth quarter of 2022 and the whole year of 2023. But that is only in theory, in fact, the bank's risk reserve is not real money, just a figure on the books. Therefore, it will still be difficult for banks to recover capital from bad debts.