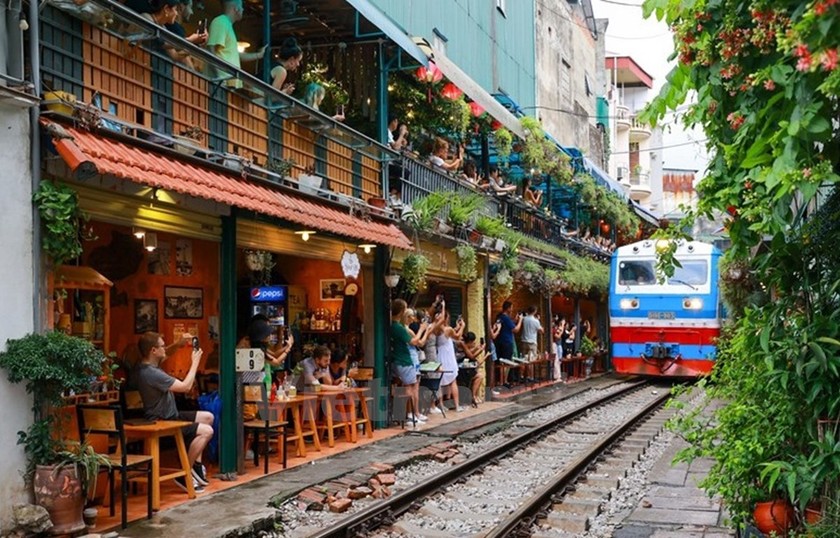 Its stance aligns with the MoT’s direction, VRA said, adding that measures will be adopted to prevent crowds of people from accessing the area to shoot photos and film videos, posing a high risk of accidents.

Regarding proposals from rail-side residents to fix safety concerns, the authority agreed that education on railway safety should be strengthened. It has asked local administrations in collaboration with the Vietnam Railways (VNR) to accelerate safety awareness campaigns, provide residents in the area with updated train timetables and encourage them to make written commitments to strictly observing safety rules.

However, it dismissed the recommendation of installing extra sound signals of training crossing and electronic billboards displaying train timetables along the street, saying the area is already so cramped that if the installation is done, it will affect train drivers’ visibility. Moreover, the train crossing warning system will potentially disrupt railway signals, it said.

According to longtime residents in downtown Hanoi, the "railway café street" was a modern invention. This area used to be apartment buildings close to the railway, and over the years, these apartments deteriorated.

After some foreign tourists discovered this place in 2018, pictures they took widely circulated on the internet. Quickly catching up with the trend, some households have renovated and repaired the facades to turn them into coffee shops. 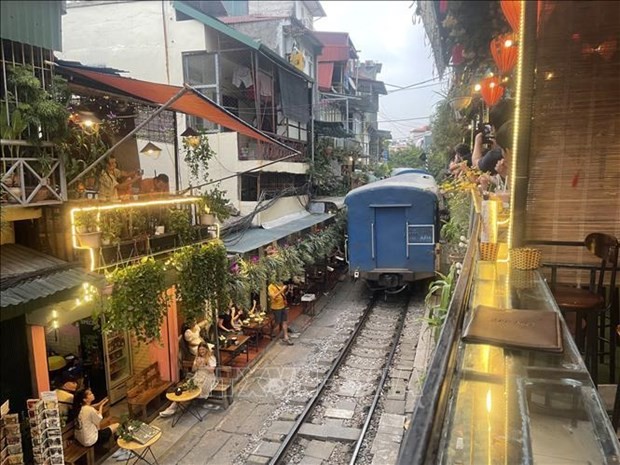 Measures will be adopted to prevent crowds of people from accessing the area to shoot photos and film videos, posing a high risk of accidents, according to the VRA. (Photo: VNA)
By the end of 2019, this special street was forced to shut down due to safety concerns. In the last months, domestic and foreign tourists, including many young people in the capital city, have returned to this 'street' for its uniqueness. Many people even lie down on the railway tracks to pose for photos. Last month, coffee shops lining the “railway café street” were once again told they must close over safety concerns. Tourists have been turned away from the spot as barricades and signs warning of dangerous areas are put up and local police officers are patrolling, prompting residents here to send petitions to ask for a more flexible solution from the authorities that can help them maintain their livelihoods while ensuring safety for tourists.
VNA