“This is a painful incident for the family and the agency. On December 2, Mr. Tam went down to the district People's Committee for a meeting, but when he returned, he was unfortunately swept away by flood water," added Mr. Sinh.

Earlier, at about 1:40 p.m. on December 2, Phu Loc District police received information that a motorbike driver was swept away by flood water in the area of residential quarter 8 in Phu Loc Town, near Khe Thi Bridge, bordering Loc Tri Commune. The victim was identified as Mr. Phan Minh Tam.

On the morning of December 3, Mr. Phan Cong Man, Chairman of the People's Committee of Phu Loc District in Thua Thien - Hue Province, said that forces, including the army, the police, and local authorities, carried out the search immediately in the adjacent area between Loc Tri Commune and Phu Loc Town after receiving information that two people in Phu Loc Town in Phu Loc District were missing on the morning of the same day. 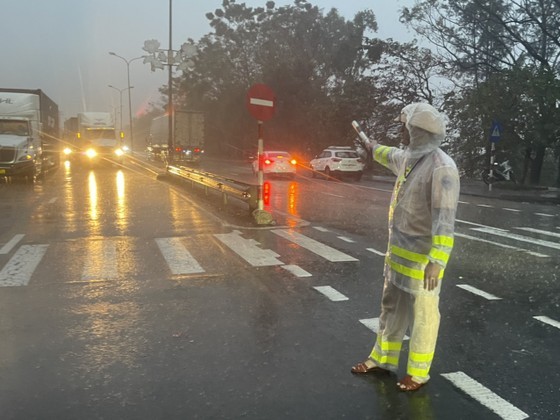 The two victims were initially determined as uncle and nephew who went missing from the afternoon of December 2, but not until the morning of December 3 did the family members report the authorities.