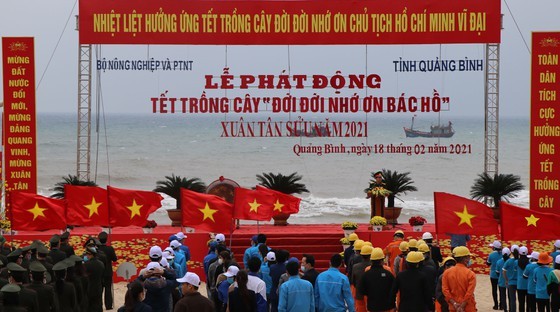 A tree-planting campaign is organized in the north-central province of Quang Binh .

The movement titled “Forever grateful to Uncle Ho” aims to raise awareness of the importance and benefits of forests and green trees to people, the significance of the forest and tree protection, contribution to the building resilience to the impacts of climate change.

A tree growing campaign calling for one million trees to be planted in the city was launched last year.

The city’s authorities has also delegated Cu Chi District to speed up the land revocation process for the project of HCMC Zoo and Botanical Garden.

Speaking at the event, Ms. Dang Thi Ngoc Thinh said that late President Ho Chi Minh initiated the tree planting campaign in the Spring in 1960. It has since become an annual festival at the beginning of each lunar New Year.

Climate change and extreme weather have recently caused huge loss in provinces in the Central region. Therefore, tree planting has great significance and an important role in the sustainable development of the country, she added.

The campaign also aims to respond the PM’s call for planting one billion trees in the next five years and the Government's Resolution 120/NQ-CP on climate resilient and sustainable development of the Mekong Delta region.

On the same day, the Department of Police of Ha Tinh Province also organized the kick-off ceremony of tree planting. The movement has previously been held in 13 districts across the province.

Director of the provincial Department of Agriculture and Rural Development, Nguyen Van Viet said that Ha Tinh will plant more than one million trees and release 3,000 fishes to the natural environment. 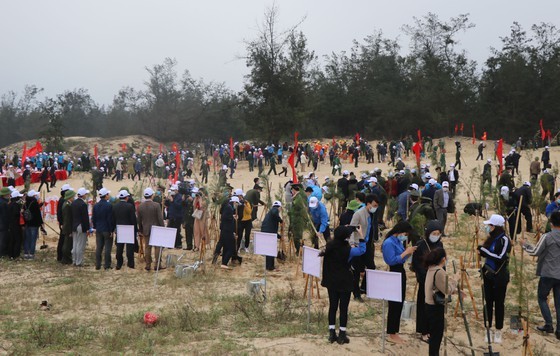