HCMC to auction 3,790 resettlement apartments in Thu Thiem in June 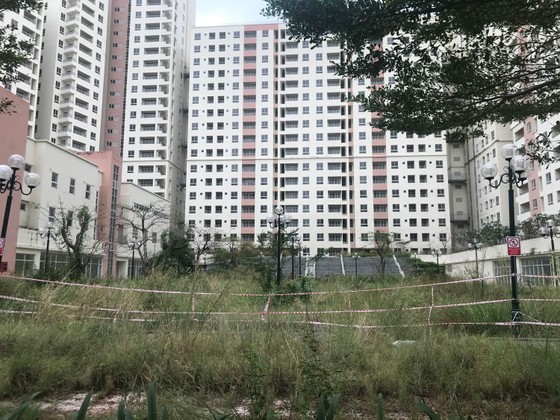 The project was put into use in 2011, with nearly 2,000 apartments for resettlement in the city’s refurbishment program, including the relocation of houses along canals and renovation of old apartments in inner-city districts of Ho Chi Minh City.

Currently, in the resettlement area, apartment wall paints are peeling, and the surrounding area is overgrown with grass. The entrance to the resettlement area is still temporary, turning into a swamp when it rains. Up to now, only a few households have come to rent houses to live in, and thousands of apartments are still closed.

In Thu Duc City, the 38.4ha Binh Khanh resettlement area project belongs to the program of 12,500 apartments for resettlement of Thu Thiem New Urban Area. The People's Committee in Ho Chi Minh City requested to build the project as a typical model project, meeting all standards for a spacious and modern new residence for the people. The project has been nearly 10 years since its completion in 2015, but thousands of apartments here are still empty and uninhabited.

Responsible agencies under the Department of Construction of Ho Chi Minh City are managing 9,434 apartments and more than 2,500 vacant resettlement land lots in 163 projects. Nearly 4,800 apartments are going to be put for auction while more than 2,000 apartments are for resettlement arrangements for future projects. Every year, the city has to spend more than VND70 billion on the operation, preservation, and maintenance of resettlement houses. A leader of the Department of Construction said that the cost of managing and maintaining nearly 10,000 apartments is very expensive because empty apartments still have to be cleaned and managed daily. There was no revenue, so after a long time, related agencies had to cut down on maintenance expenses, causing the apartment deterioration.

Therefore, real estate experts said that city administration should have an open mechanism for short-term rental, thereby generating revenue. The mechanism is attached with a requirement that when the government wants to take back the resettlement apartments, a tenant must hand them over. Redundant apartments should be sold to those in need.